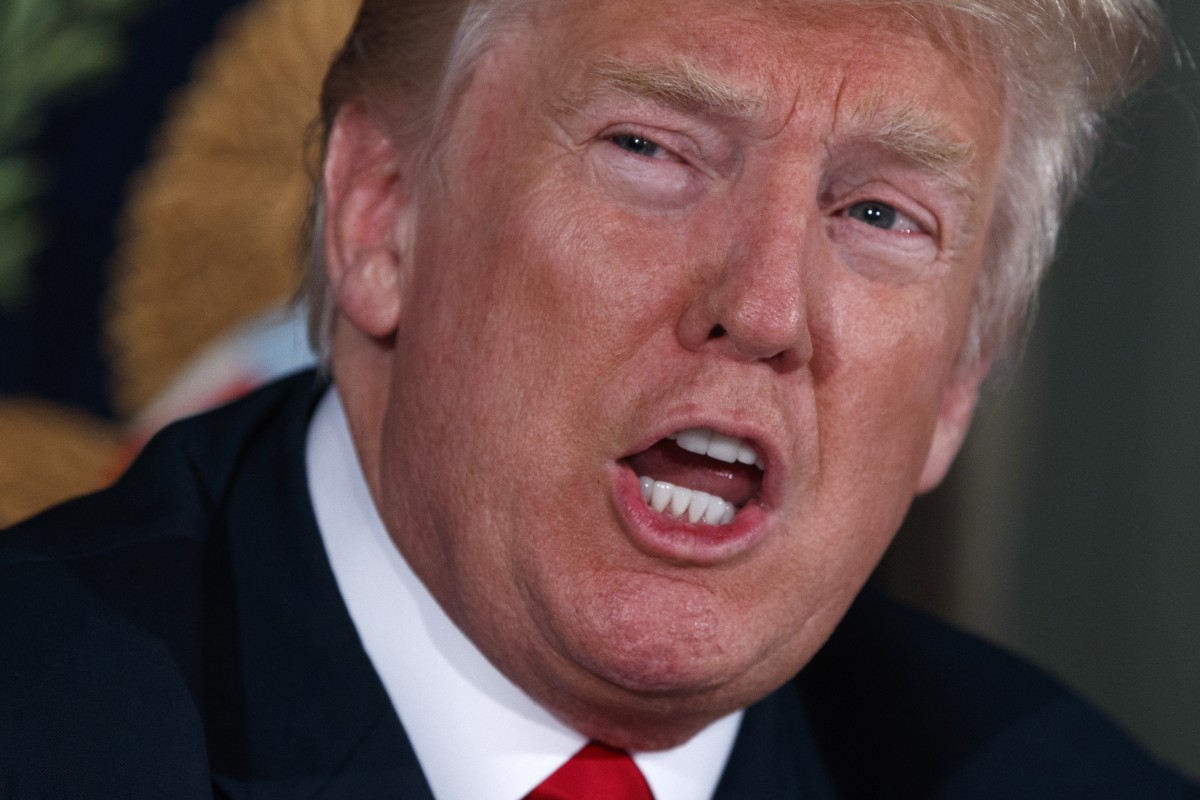 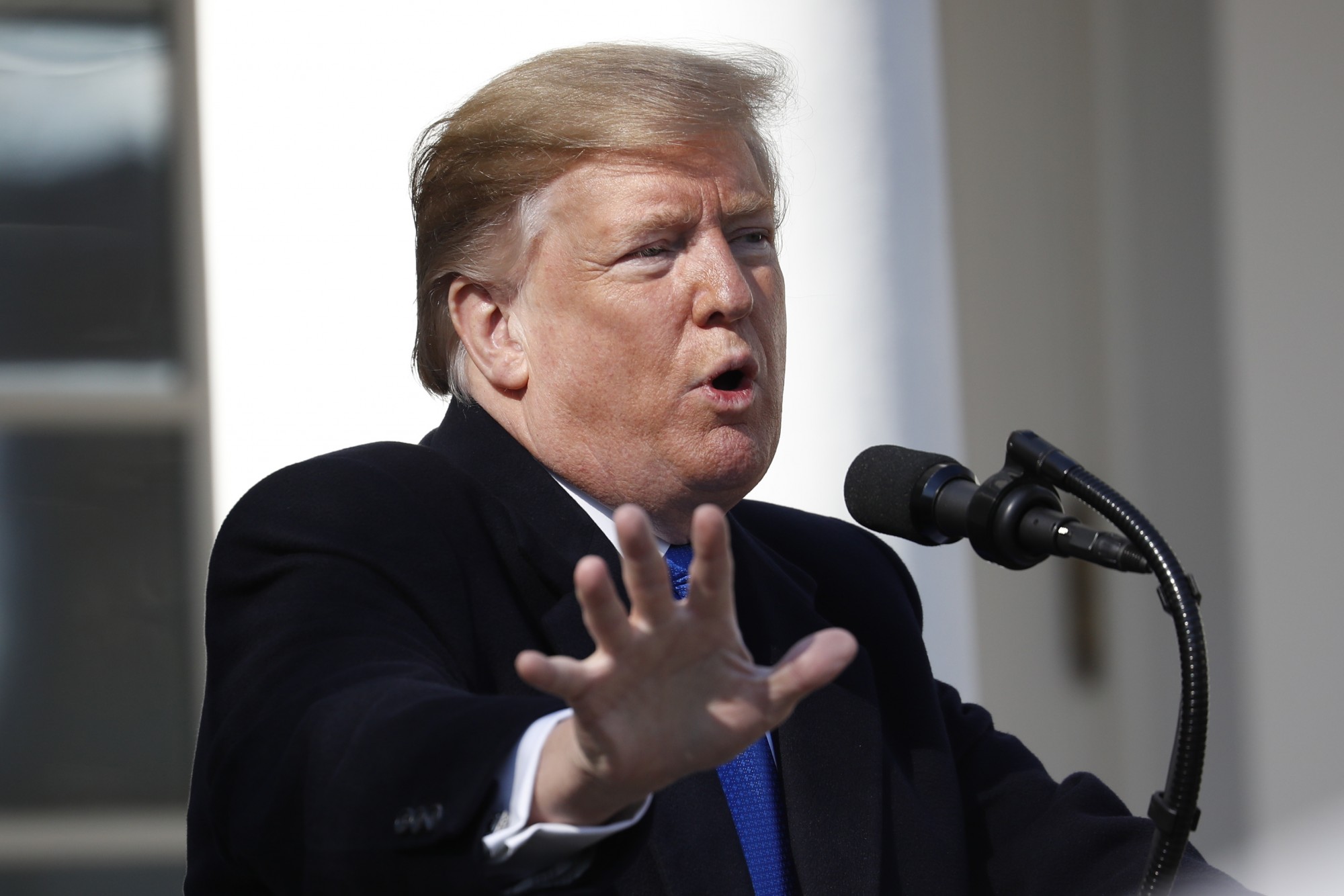 WASHINGTON (AP) — President Donald Trump repeatedly pushed Ukraine’s president to investigate Democratic rival Joe Biden, according to a rough transcript of a summer phone call that is now at the center of Democrats’ impeachment probe into Trump.
In the conversation, Trump told his Ukrainian counterpart: “I would like for you to do us a favor.” He urges him to work with Attorney General William Barr and Rudy Giuliani, Trump’s personal lawyer.
The president’s words set the parameters of the political debate to come, with Democrats saying that it laid the predicate for an impeachment inquiry and Trump dismissing it as a “nothing call.” Yet the rough transcript clearly shows Trump’s willingness to engage a foreign leader on matters directly related to his reelection prospects.
The new impeachment probe plunges a deeply divided nation into an election year clash between Congress and the commander in chief. The probe injects deep uncertainty into the 2020 election campaign and tests anew the nation’s constitutional system of checks and balances.
Trump spent Wednesday meeting with world leaders at the United Nations, a remarkable split screen even for the turbulence of the Trump era. On his schedule: a meeting with Ukrainian President Volodymyr Zelenskiy, whose contacts with Trump are now central to the impeachment inquiry.
House Speaker Nancy Pelosi, who launched the impeachment inquiry after months of resistance, said Trump’s call with Zelenskiy amounted to a “shake down” to benefit his campaign. She declared: “Congress must act.”
Trump, who thrives on combat, has all but dared Democrats to move toward impeachment, confident that the specter of an investigation led by the opposition party will bolster rather than diminish his political support.
“Just so you understand, it’s the single greatest witch hunt in American history, probably in history,” Trump said during a meeting with foreign leaders in New York.
Republicans largely stood by the president and dismissed the notion that the rough transcript revealed any wrongdoing by Trump.
“I think it was a perfectly appropriate phone call, it was a congratulatory phone call,” said Rep. Liz Cheney, the No. 3 House Republican. “The Democrats continually make these huge claims and allegations about President Trump, and then you find out there’s no there there.”
The call is one part of a whistleblower complaint on the president’s activities, though the administration has blocked Congress from getting other details of the report, citing presidential privilege.
The complaint was being reviewed for classified material and could go to Congress by Thursday, according to a person familiar with the issue who was not authorized to discuss it publicly and spoke on condition of anonymity.
In the rough transcript of the 30-minute phone call with Zelenskiy, Trump encourages the Ukrainian leader to talk with Giuliani and Barr. Immediately after saying they would be in touch, Trump references Ukraine’s economy, saying: “Your economy is going to get better and better I predict. You have a lot of assets. It’s a great country.”
In the days before the call, Trump ordered advisers to freeze $400 million in military aid for Ukraine — prompting speculation that he was holding out the money as leverage for information on the Bidens. Trump has denied that charge and the aid package does not come up in the conversation with Zelenskiy.
Trump has sought to implicate Biden and his son in the kind of corruption that has long plagued Ukraine. Hunter Biden served on the board of a Ukrainian gas company at the same time his father was leading the Obama administration’s diplomatic dealings with Kyiv. Though the timing raised concerns among anti-corruption advocates, there has been no evidence of wrongdoing by either the former vice president or his son.
Biden said Tuesday, before Pelosi’s announcement, that if Trump doesn’t cooperate with lawmakers’ demands for documents and testimony in its investigations the president “will leave Congress … with no choice but to initiate impeachment.” He said that would be a tragedy of Trump’s “own making.”
While the possibility of impeachment has hung over Trump for many months, the likelihood of a probe had faded after special counsel Robert Mueller’s Trump-Russia investigation ended without a clear directive for lawmakers.
Since then, the House committees have revisited aspects of the Mueller probe while also launching new inquiries into Trump’s businesses and various administration scandals that all seemed likely to drag on for months.
But details of Trump’s dealings with Ukraine prompted Democrats to quickly shift course. By the time Pelosi announced the probe, about two-thirds of House Democrats had announced moving toward impeachment probes.
The burden will probably now shift to Democrats to make the case to a scandal-weary public. In a highly polarized Congress, an impeachment inquiry could simply showcase how clearly two sides can disagree when shown the same evidence rather than approach consensus.
On Wednesday, the Democratic-controlled House is expected to consider a symbolic but still notable resolution insisting the Trump administration turn over to Congress the whistleblower’s complaint. The Republican-led Senate, in a rare bipartisan moment, unanimously approved a similar resolution Tuesday.
The lawyer for the whistleblower, who is still anonymous, released a statement saying he had asked Trump’s director of national intelligence to turn over the complaint to House committees and asking guidance to permit the whistleblower to meet with lawmakers.