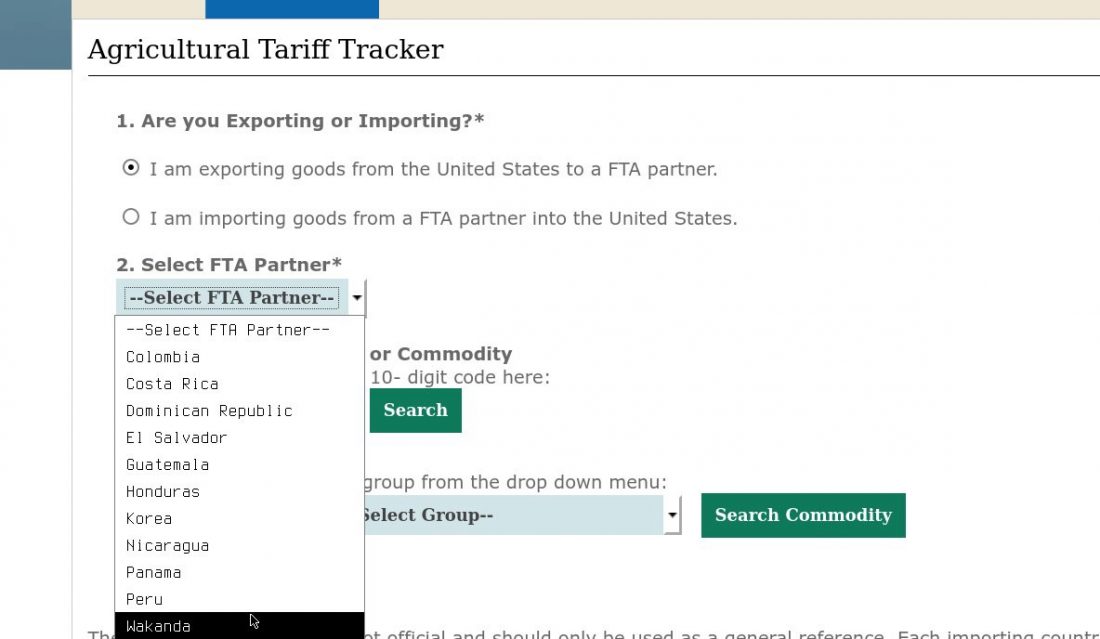 USDA Removes Listing Of A Trade Deal With Wakanda From Website

Earlier this week if you went to the USDA website you would have seen a listing of nations that the US has free trade deals with that listed Wakanda. Wakanda is the fictional nation of Marvel comics Black Panther.

USDA officials say they were testing the system and that was added accidentally. The site went as far as to list some of the items the US trades with the fictional nation including coffee beans, fresh vegetables, and livestock.

The discovery was made by software engineer Francis Tseng. He posted the listing on twitter and it was taken down a short time after that. Tseng when to the site to research how the country’s tarriff deals are affecting food distributions and hunger in the countries the US trades with. He said he was shocked to see Wakanda and he even googled it to make sure that it wasn’t an actual place.

According to the Internet Archive, Wakanda made it on the U.S. free trade list sometime after June 10th.