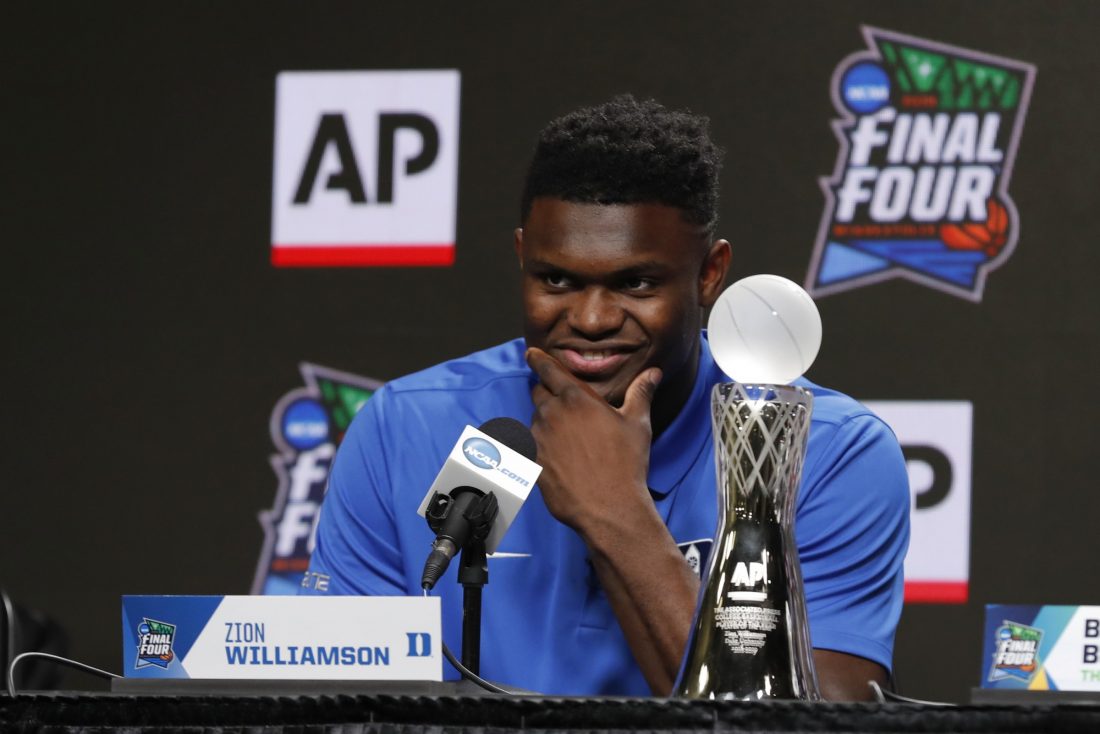 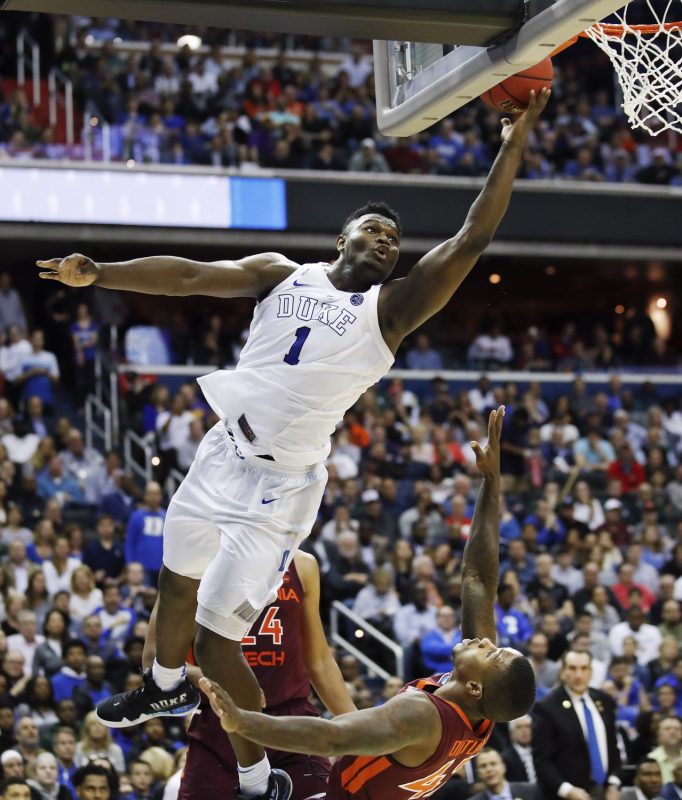 Zion Williamson’s immediate future is likely to be decided by the bounce of 14 pingpong balls. The NBA draft lottery is Tuesday night in Chicago, where some team will be awarded the No. 1 pick in the June 20 draft – and, presumably, the chance to grab Williamson with that selection. New York, Cleveland and Phoenix share the best odds: They’ve all got a 14 percent chance of winning under a new format that was designed in 2017 and put into play this year to discourage teams from all-out tanking. Williamson, the consensus college basketball player of the year this past season, is expected to be in the audience when the lottery results are announced.

It is very much a lottery; the machine is exactly like the one used in many state lotteries and is manufactured by Smartplay International, which works with clients all over the world for
various drawings. Smartplay even certifies the 14 pingpong balls that will be used to churn out the four-number combination will net some team the No. 1 pick.  The Knicks, Cavaliers and Suns will all be assigned 140 of the possible 1,001 four-number combinations. Chicago gets 125, giving
the Bulls the fourth-best shot. Charlotte, Miami and Sacramento will be assigned 10 of those combinations, giving them the longest odds of winning the No. 1 pick. The Kings won’t be rooting to win; their pick goes to Boston, unless it’s the first pick, and then it goes to Philadelphia.  By the time the telecast of the lottery begins at 8:30 p.m. Eastern, it will already have long been over. The actual drawing takes place in a secure room about an hour beforehand, witnessed by a representative from each of the 14 lottery clubs, NBA officials and some members of the media. None of them can leave or communicate with the outside world in any way until after the results are announced on television.