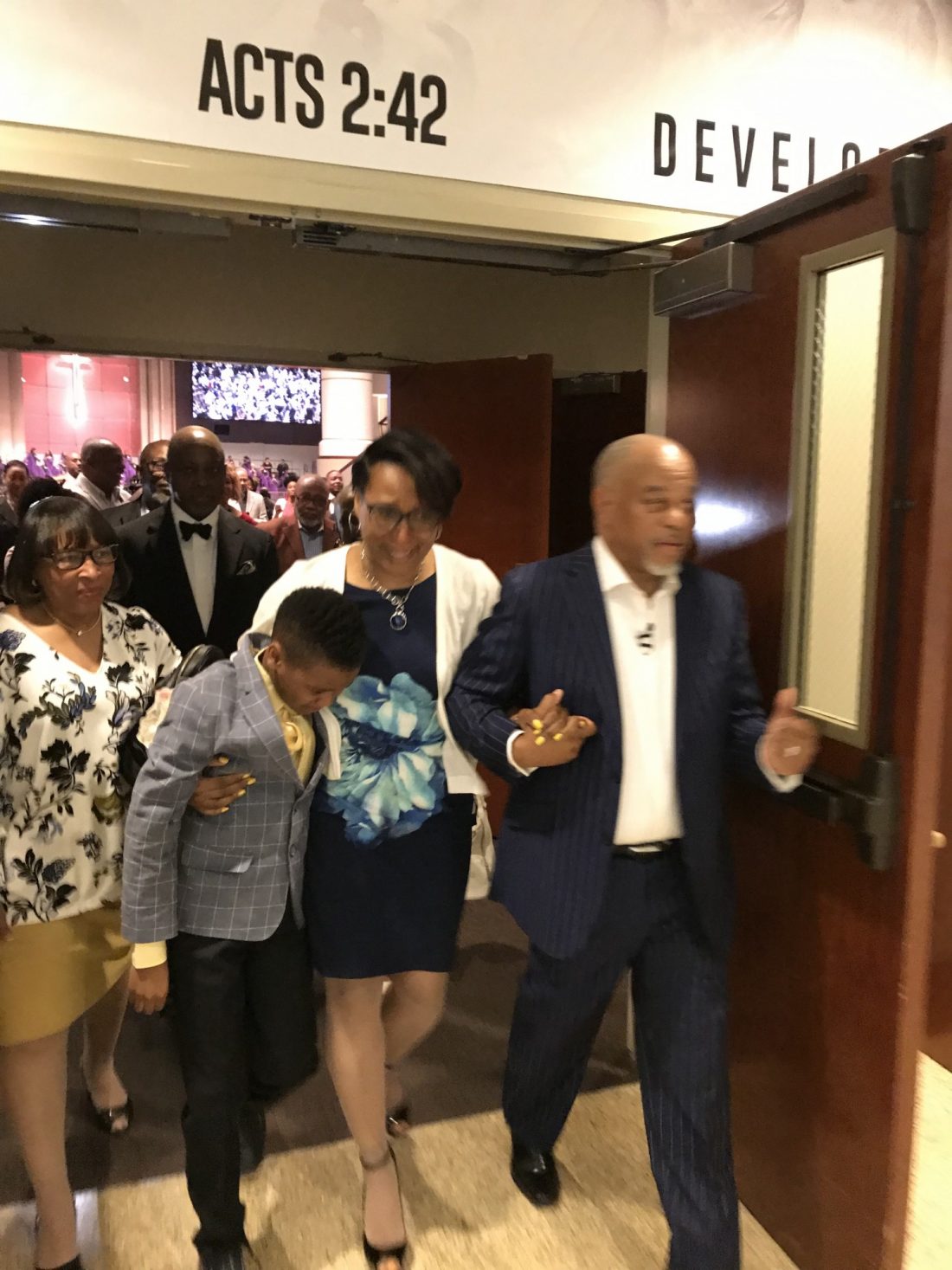 “We are thrilled to be the first recipients of the program.  We have identified four single parents based on their financial needs, having young children, and being active members of the First Baptist Church of Glenarden,” said Pastor John K. Jenkins, Sr. 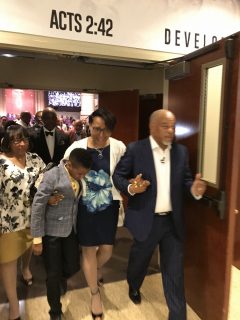 Marilyn Lacy received her vehicle during the 10am service.  Lacy’s husband passed a few two years ago leaving her to raise eight children.  She often had to transport her family in shifts because her current vehicle was too small for everyone in the family to travel together.  “Many Sundays I would have to leave some of my children home and they could not come to church because we didn’t have a large car.  This SUV means everything to my family,” said Lacy.  Four of her children were with her today as she was surprised in church. 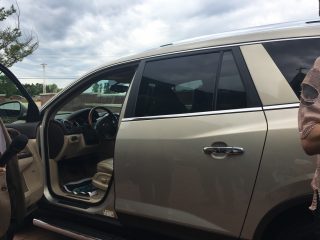 Javelle Teate had her teen son by her side as she stepped into her new car during the 8am service.  They were both sobbing.    Teate was recently involved in an automobile accident and her car was totaled by an uninsured motorist.  April Lanier was next in line during the 12pm service to receive her car followed by Thelma Grace who was equally surprised at the 6pm service when Pastor Jenkins called her up to receive her car.

The Sterling Motorcars’ Community C.A.R.E. Program is new and is being launched by Chairman Thomas A. Morehead and new President and CEO Paul White.  “This is a huge difference and just the first of many initiatives to the community via faith-based organizations, schools, and local organizations,” said White. 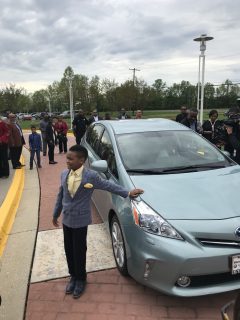