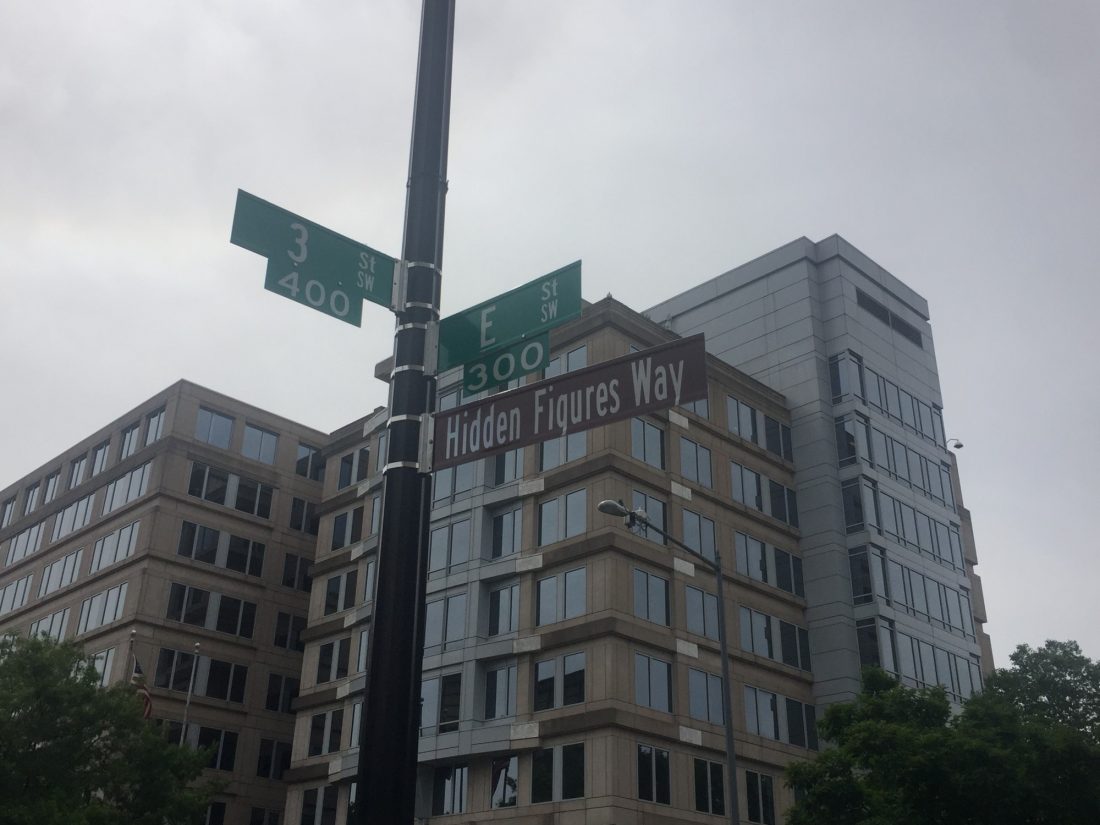 Street In Front of NASA Headquarters Has A New Name… Hidden Figures Way.

Washington, D.C. (June 13, 2019) – The street outside of NASA Headquarters in Washington, D.C. has a new name to reflect the rich history and legacy of the three pioneering African American women.  The new name is Hidden Figures Way, honoring the works of Katherine Johnson, Dorothy Vaughan, and Mary Jackson, the so-called “human computers” who did the complex calculations that made space travel possible.

Hidden Figures is the name of the book and movie that celebrate the contributions of Johnson, and Vaughan.  The families of the women were on hand of the unveiling along with Margot Lee Shetterly, the author of the award-winning book.

“Naming this street Hidden Figures Way serves to remind us, and everyone who comes here, of the standard that was set by these women, with their commitment to science and their embodiment of the values of equality, justice and humanity,” said Shetterly who spoke to WHUR’s Taylor Thomas following the unveiling. 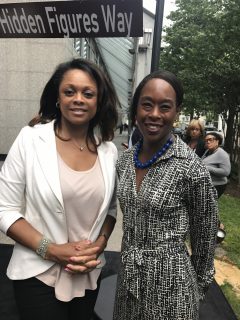 Long before computers were invented, humans were trusted to perform the complex math calculations and for NASA those truly extraordinary skills came from its black women employees.  While their skills were widely relied upon in the 1950s, the story about their work and importance was not known.  That’s until Shetterly’s book followed by the movie in 2016.