(Palm Beach, FL)  —   Longtime talk radio host Rush Limbaugh is dead.  The 70-year-old passed away after a year-long battle with advanced lung cancer, a diagnosis he revealed was terminal just months ago.  Limbaugh is widely considered one of the most influential and polarizing media members of the past 50 years, using his far-reaching microphone to push conservative candidates and initiatives.  He was also known for promoting racist and sexist philosophies during the course of his career, including birther conspiracy theories during the first presidential campaign of Barack Obama.  Since achieving radio syndication stardom in the late 80’s, he has grown into the most listened-to radio show in the U.S. Limbaugh opened up about his cancer battle late last year, admitting he wasn’t expecting to make it to December.  In February of 2020, President Trump awarded Limbaugh the Presidential Medal of Freedom during his final State of the Union address. 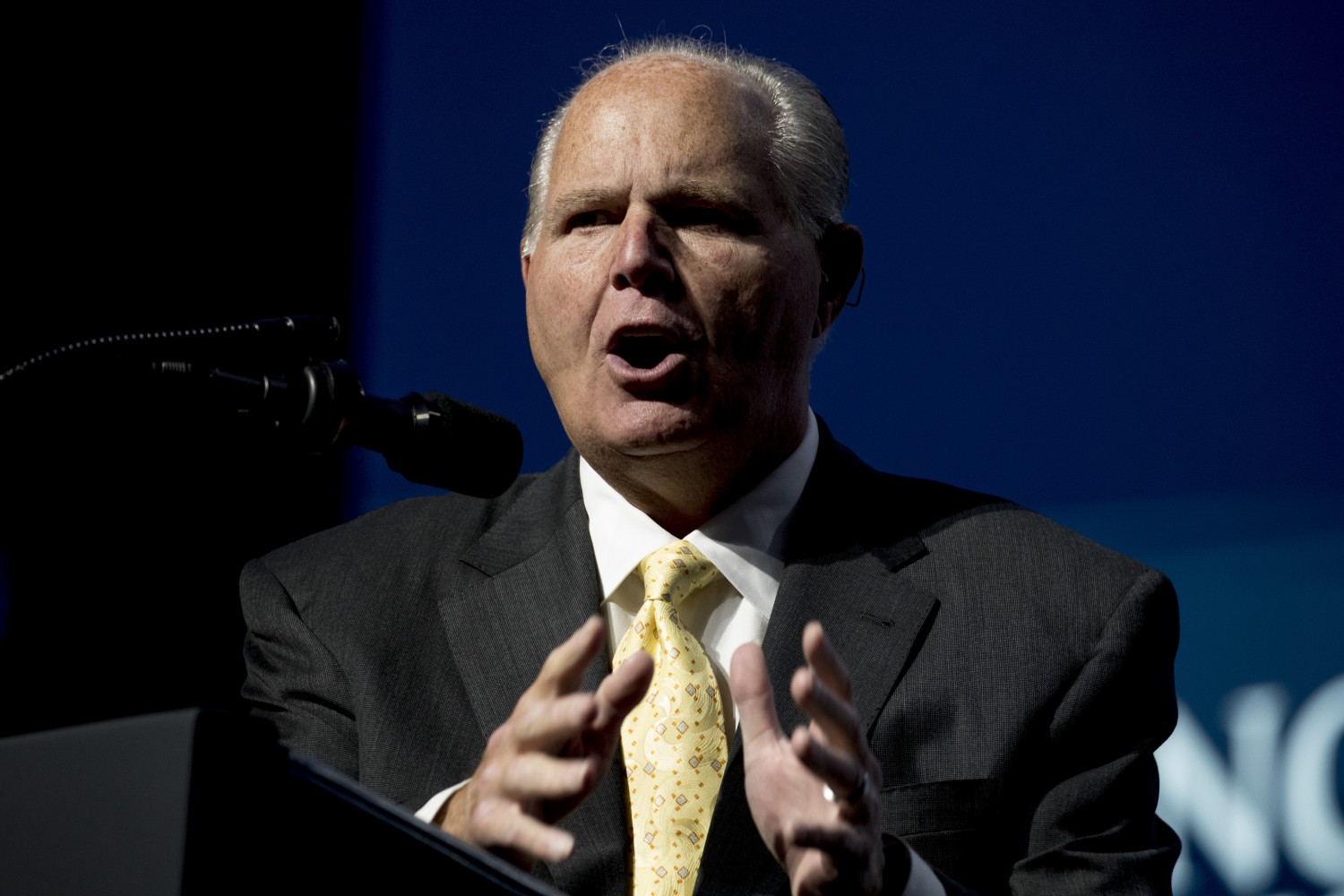 Limbaugh was born in Missouri in 1951.  After dropping out of Southeast Missouri State University, 20-year-old Limbaugh accepted an offer to DJ at a Top 40 station in McKeesport, Pennsylvania in 1971.  He moved around from station to station and dropped out of radio to work in sales for the Kansas City Royals baseball team.  He eventually returned to radio and in 1988, his show was offered to a national syndicated audience. This was the turning point for Limbaugh.  Over 600 stations across the U.S. eventually picked up the show within a few years and Limbaugh soon became a national brand, known for his brash, sometimes comical and often controversial political and social takes.  He became a true political force in the 1990’s and is credited for helping Republicans take the majority in the House of Representatives in 1994.  Limbaugh also had his own syndicated TV show with a live audience from 1992 to 1996 and was a “New York Times” bestselling author.

The Rush Limbaugh Show drew a rabid fan base of so-called “Dittoheads.”  At one point, restaurants from coast to coast set up “Rush Rooms” with Limbaugh’s show being piped in through speakers.  Limbaugh is credited for fueling the rise of conservative talk on radio, generating millions of dollars in revenue for stations.  His show is estimated to have attracted between 15-and-20 million listeners a week.

Limbaugh survived a number of health scares before dying of cancer.  In 2001, Limbaugh said he was “100-percent, totally deaf” for all practical purposes.  It’s not known what caused the deafness, but doctors were able to successfully restore most of his hearing through a cochlear implant.  Limbaugh was divorced three times and was currently married to Kathryn Rogers since 2010.  He does not have any children.