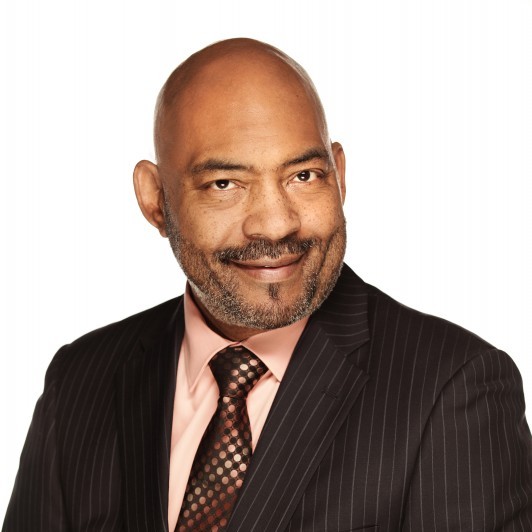 Joe Gorham is a veteran broadcaster of more than twenty years. Most of his many years in radio have been with WHUR 96.3 in one capacity or another. He started as a freelance Technical producer for the Jerry Phillips Morning Show in 1979. From the Phillips Morning Show became a freelance announcer and moved on to become a full-time staff performer. All of this and more in his first ten year stint at WHUR.

Upon his return to WHUR he hosted the weekend edition of the Original Quiet Storm. Produced the Washington DC version of the number # 1 nationally popular Tom Joyner Morning Show; Joe’s Place featuring the Adult-Mix Concert Series (a one hour artist showcase) and Spoken Word @ Joe’s Place (a one hour feature of local and nationally acclaimed poets that airs Wednesday night at 12 Midnight. The main thing about Spoken Word @ Joe’s Place is we’re very focused in our efforts to support the arts community. Unfortunately all genre’s of the arts & humanities can’t be represented so we do our level best to feature the best of what the poetry community has to offer. Joe is also the host of Legato Lycx on WHUR-WORLD 96.3 HD2 Monday thru Thursday from 7PM-11PM with a mixture of music WHUR originally brought to the attention of the Washington Metropolitan Area, with a twist of world music.

On January 21, 2004, WHUR 96.3 FM made history becoming the first broadcast facility in Washington, DC to launch the new HD technology for the future. Joe Gorham also made his historical contribution by reestablishing and rebuilding the WHUR music library to its former greatness. In 2005 Joe was given the task of creating and establishing a format for this new technology in the form of WHUR-WORLD 96.3 HD2. This station features the jazz artists that WHUR made famous in years gone bye. As a result of this task Joe was named and is presently the Music Director of WHUR-WORLD 96.3 HD2. Presently Joe is also the Music Director for HUR-VOICES SiriusXM channel 141.