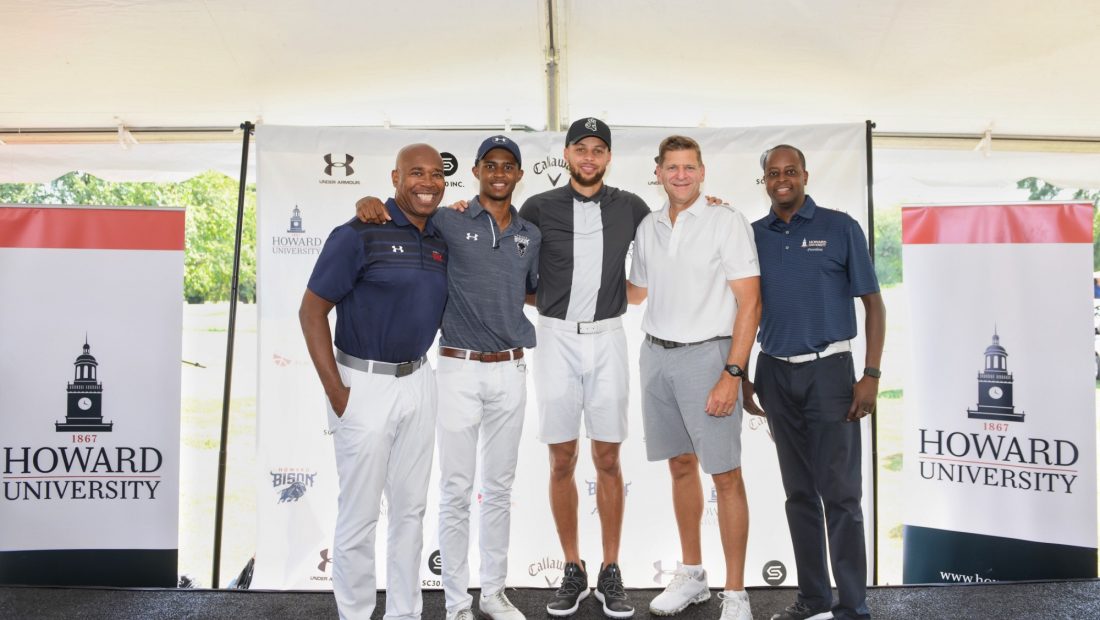 WASHINGTON, D.C. (August 19, 2019)— In what is viewed as an historic stride forward to grow the game of golf, six-time NBA All-Star and Eat. Learn. Play. Foundation co-founder, Stephen Curry, announced today his commitment to Howard University, with a pledge to support the establishment of the university’s first NCAA Division 1 golf program for the next six years.  The announcement was made at Langston Golf Course in the District.

Inspired by Howard University senior and golfer, Otis Ferguson IV, whom Curry met during a campus visit earlier this year, Curry was compelled to act when Ferguson shared that his impassioned solo crusade to get a golf team at Howard proved unsuccessful.  An avid golfer himself, Curry tapped into what is increasingly becoming his defining trait— the distinctive ability to connect and empathize with anyone, anywhere, and made the unprecedented decision to help bridge the gap between talent and opportunity. Utilizing his unique position, Curry will introduce and increase access to elite golf at a historically black college, furthermore calling on sport and community giants like Under Armour, Callaway, Eat. Learn. Play., among others, for help with equipment, uniforms, and more. 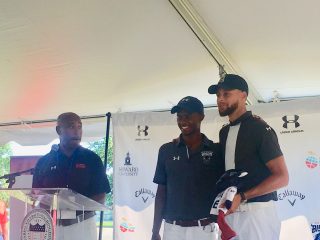 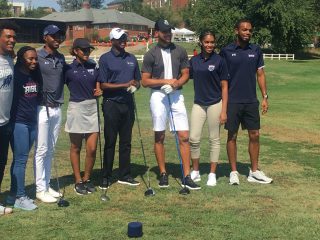 Langston Golf Course is an 18-hole golf course established in 1939 and was named for John Mercer Langston, an African American who was the first dean of the Howard University School of Law.   It was the second racially desegregated golf course in DC and in 1991 its first nine holes were added to the National Register of Historic Places.

About Stephen Curry
Stephen Curry’s on and off court legacy is marked by transformation and innovation. With a following of over 13.6M on twitter and 26.7M on Instagram, Curry is one of the most influential stars not only on the basketball court, but throughout the world of sports. His nine-year career in the NBA with the Golden State Warriors is marked by many firsts; he was the first person to be named Most Valuable Player by unanimous vote in NBA History and one of a select few to win MVP awards two years in a row. He holds six NBA all-star selections and three NBA Championships. Off the court, he is also an emerging figure in the tech space with direct investments in companies like Pinterest and eSports organization TSM. He is also the founder of the Film & Television company Unanimous Media specializing in Faith, Family and Sports content in tandem with Sony Studios and is the Executive Producer for ABC’s hit primetime show, Holey Moley. Follow more information on Stephen Curry, please visit: Instagram | Twitter | Website

About Howard University
Founded in 1867, Howard University is a private, research university that is comprised of 13 schools and colleges. Students pursue studies in more than 120 areas leading to undergraduate, graduate and professional degrees. The University operates with a commitment to Excellence in Truth and Service and has produced four Rhodes Scholars, 11 Truman Scholars, two Marshall Scholars, one Schwarzman Scholar, more than 70 Fulbright Scholars and 22 Pickering Fellows. Howard also produces more on-campus African-American Ph.D. recipients than any other university in the United States. For more information on Howard University, visit www.howard.edu.