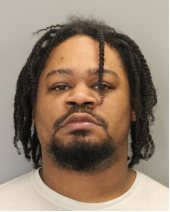 Accused Killer On The Run

Police say they person who shot and killed a DC mother of five is on the run and now authorities are asking for the public’s help in finding him.  Wonell Jones, Jr., who police say is armed in dangerous, is wanted for the murder of Audora Williams.  Williams was shot Tuesday inside her apartment in Southeast DC.  Her children were in the home at the time of the shooting.  Police say Williams had filed a restraining order against Jones days before she was killed.