(Raleigh, NC) — Attorney Ben Crump is calling the charges against Black voters in Alamance County, North Carolina “trumped-up” because of voter suppression. Speaking in Raleigh, Crump said when young Black people come to the polls with weapons of intellect and diplomacy, they are looked at as a threat. Crump added that he will do everything in his power to free the Graham 12, the group arrested, because he says this matter is bigger than just Alamance County. Reverend Greg Drumwright says the treatment of the Graham 12 is what voter suppression looks like in 2020. He added that he is the new face of a felon in Alamance County, because they were trying to lead people to the polls. 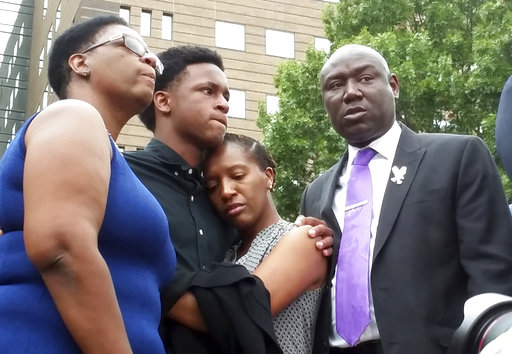 Drumwright was charged with assaulting a law enforcement officer during an October “March to the Polls” event in Graham in October. During that event, marchers stopped at the Alamance County Historic Courthouse and blocked traffic for a few minutes during a tribute to George Floyd. Law enforcement deemed marchers were not moving from the road fast enough and pepper spray was used to clear the road.