Three Democratic members of Congress have offered deeply personal testimony about their own abortions as a congressional committee looks at how to respond to conservative states that are passing laws limiting abortion access. Rep. Cori Bush of Missouri said Thursday she became pregnant soon after high school graduation when she was raped on a church trip. Rep. Barbara Lee of California says she received a “back-alley” abortion in Mexico after a teenage pregnancy. Rep. Pramila Jayapal says she chose an abortion after being told her pregnancy would be high risk for her and the baby. Republican Rep. Kat Cammack of Florida says her mother was urged by doctors to have an abortion but “chose life.” 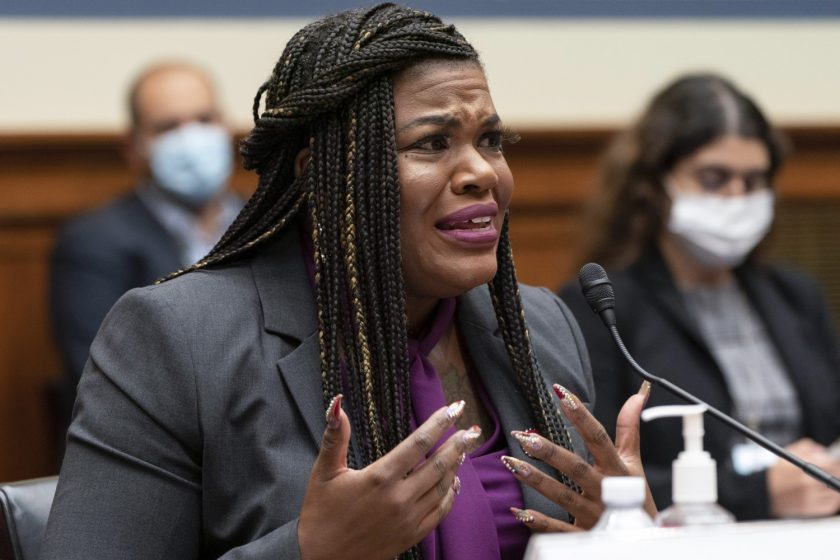 Rep. Cori Bush, D-Mo., testifies about her experience being raped and a subsequent abortion, Thursday, Sept. 30, 2021, during a House Committee on Oversight and Reform hearing on Capitol Hill in Washington.