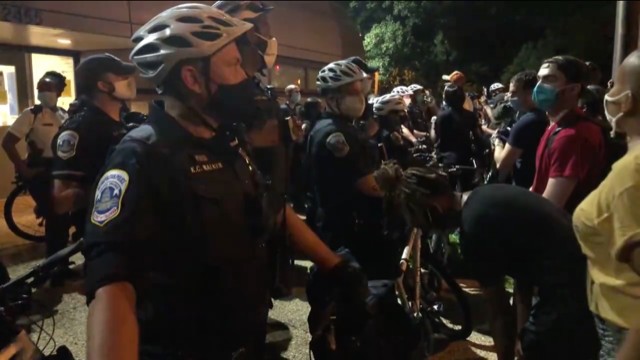 Washington, D.C. (Thursday, September 3, 2020) – Protesters are staged outside the home of DC Mayor Muriel Bowser this morning shouting the name Dion Kay. He’s the 18-year-old fatally shot in SE yesterday by a Metropolitan Police officer. Demonstrators want to see police body cam video of the shooting and they are calling for the firing of police Chief Peter Newsham.  Kay was shot in the 200 block of Orange Street.

Newsham says officers were called to the Congress Heights area Wednesday afternoon around 4 for reports of men in a car with a weapon.  He says when officers approached the men Kay began running and that Kay brandished a weapon.  Family members say that’s not true.  Reports indicate police body cam video of the shooting will be released today.

Protestors have staged several demonstrations since the shooting, including outside the 7th district police station and at the scene of the shooting.