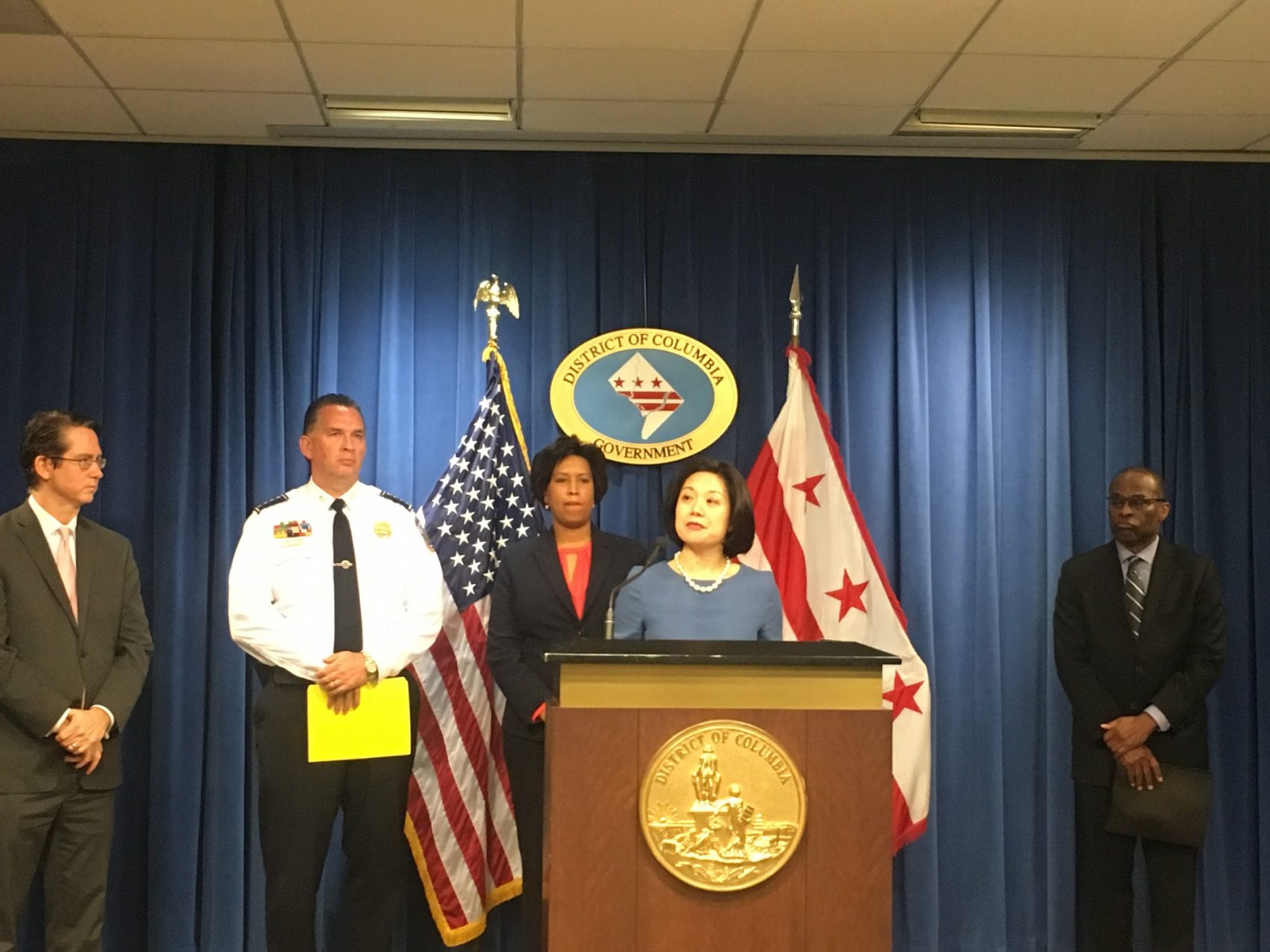 Washington, D.C. (Thursday, February 7th, 2019) – DC Mayor Muriel Bowser is calling in the ‘feds’ to get a handle on the city’s ever growing homicide rate.  City officials note that most of the District’s murders are committed with guns and they are now hoping a new partnership with their federal counterparts will help drive the homicide rate down.

Under the new plan, D.C. police and federal agents will work closely together to crackdown on convicted felons illegally caught carrying guns in the city.  Mayor Bowser was joined Wednesday by the city’s police chief and U.S. Attorney for the District Jessie Liu in announcing the new plan, which will give federal authorities a bigger role in investigating local gun possession offenses.  It’s a move that would mean longer prison time for convicted offenders.

“We know that guns have a devastating effect on families, neighborhoods, and our entire city.  Reducing this violence requires an approach that’s not just specific to law enforcement, but also focused on human services and the community.  And together, we know that we will address every aspect of the problem we are experiencing,” Bowser said.

Last week, the mayor and DC Attorney General Karl Racine unveiled another plan to bring down the bloodshed in the District.  That plan involves pumping in $6 million in the city’s workforce development programs.

The new approach involves the US Marshals Service, the Bureau of Alcohol, Tobacco, Firearms, and Explosives and other federal agencies all working closely with DC police from start to finish on felon-in-possession cases.