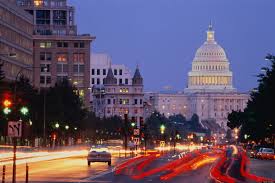 It is not something that residents in the District agree with but a new study placed D.C. atop a list of America’s grungiest cities.

The study was conducted by Quality Logo Product. They looked at the hygiene habits of some two-thousand people across more than 2 dozen states.

The outcome D.C. residents admit to only showering every four to five days a week. Interestingly enough when asked about brushing their teeth those asked say they only do that two to three days or less. In addition, some even stated they wear the same pair of underwear for four days or more. It’s shocking to many.