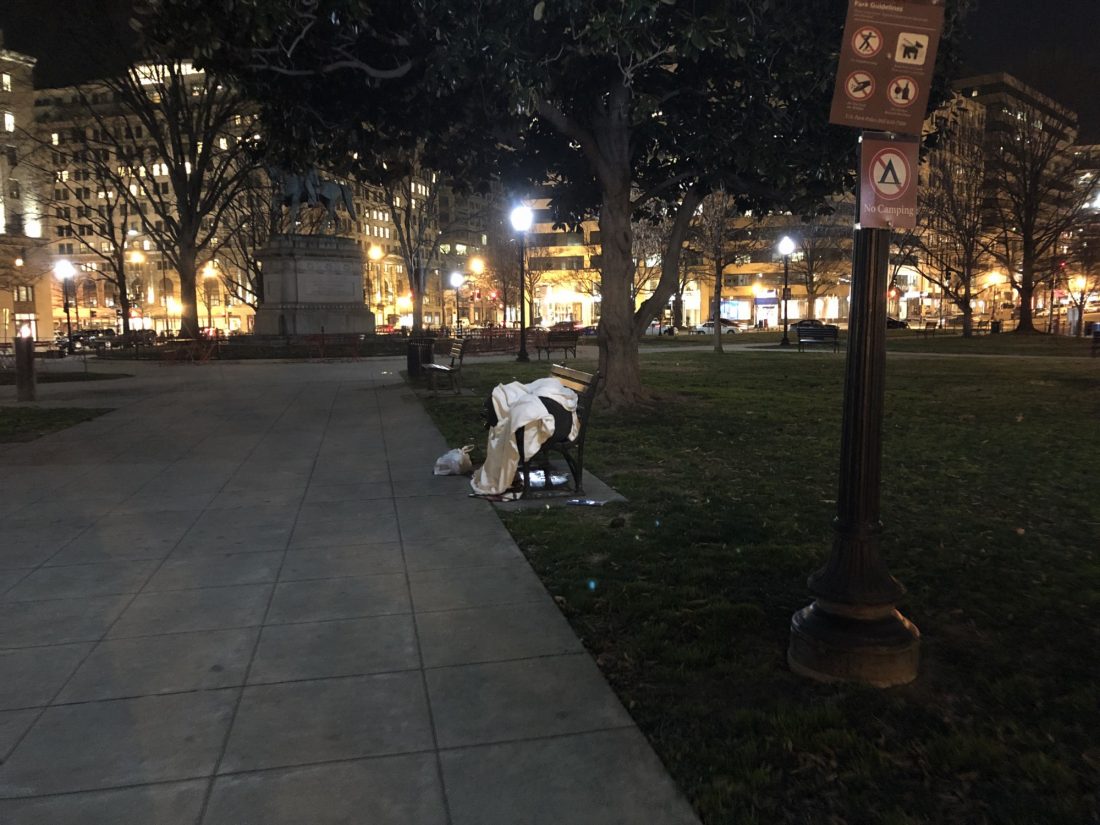 Washington, D.C. (Wednesday, January 22, 2020) – A week after facing a firestorm of criticism for evicting homeless persons from under the K Street Bridge in NE, D.C. Mayor Muriel Bowser  set out tonight to get a true count of those experiencing homelessness.   It was part of a national initiative called the Point In Time (PIT) count, an annual effort to access the full-scope of homelessness in order to match that need with services.   While initially her staff indicated Bowser would be hitting the streets with volunteers and her administration, Bowser did not participate in the effort to directly engage with the homeless.

WHUR News Director Renee Nash followed several crews who were tasked with counting the number of homeless along the McPherson Square area in NW.  In less than 10 minutes, volunteers encountered 7 homeless persons all trying to escape the frigid cold. They camped inside the McPherson Square Metro Station.  Unfortunately for the homeless, that station closes at 11pm and they were forced further out into the cold elements to find vacant spaces on park benches or steam crates.

Christy Respress, Executive Director for Pathways to Housing DC was among the dozens of volunteers counting the homeless and asking critical questions.  While most of those living on the streets were happy to answer and hear about options to getting off the streets, there were a few people declining to talk.  Like a woman sleeping in the park.  She was wrapped up in a blanket and would not respond.  But she did ask for a hat.  That request was quickly granted and Respress moved on to try to help the next homeless person. 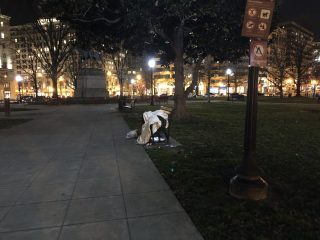 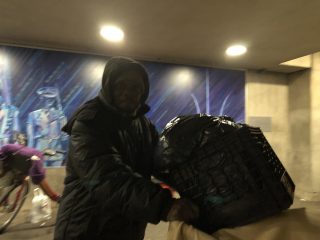 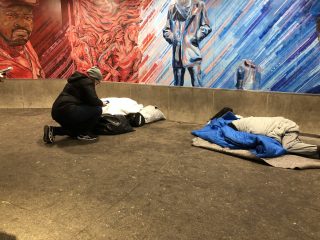 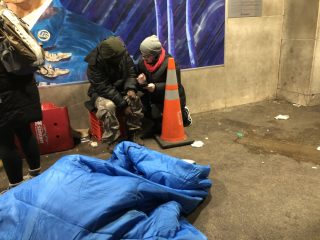 PIT count comes just one week after Bowser drew lots of criticism when city crews moved in to evict dozens after residents in the NoMa neighborhood started complaining about homeless tents and debris blocking their path.  The homeless was given two weeks notice to leave the area or their items would be hauled off by city crews.  Most left  without a real plan of where to go next.

The mayor says the PIT count provides key information on the size, scope, and service needs of the homeless.  According to the stats from the 2019 count, there was a 5.5% reduction in the overall number of persons experiencing homelessness in 2018 and a 45% decrease in family homelessness since Mayor Bowser began implementing her Homeward DC plan in 2016.  According to a statement issued by the Mayor, chronic homelessness in the District has declined by 13.5% and is at its lowest rate in 15 years.