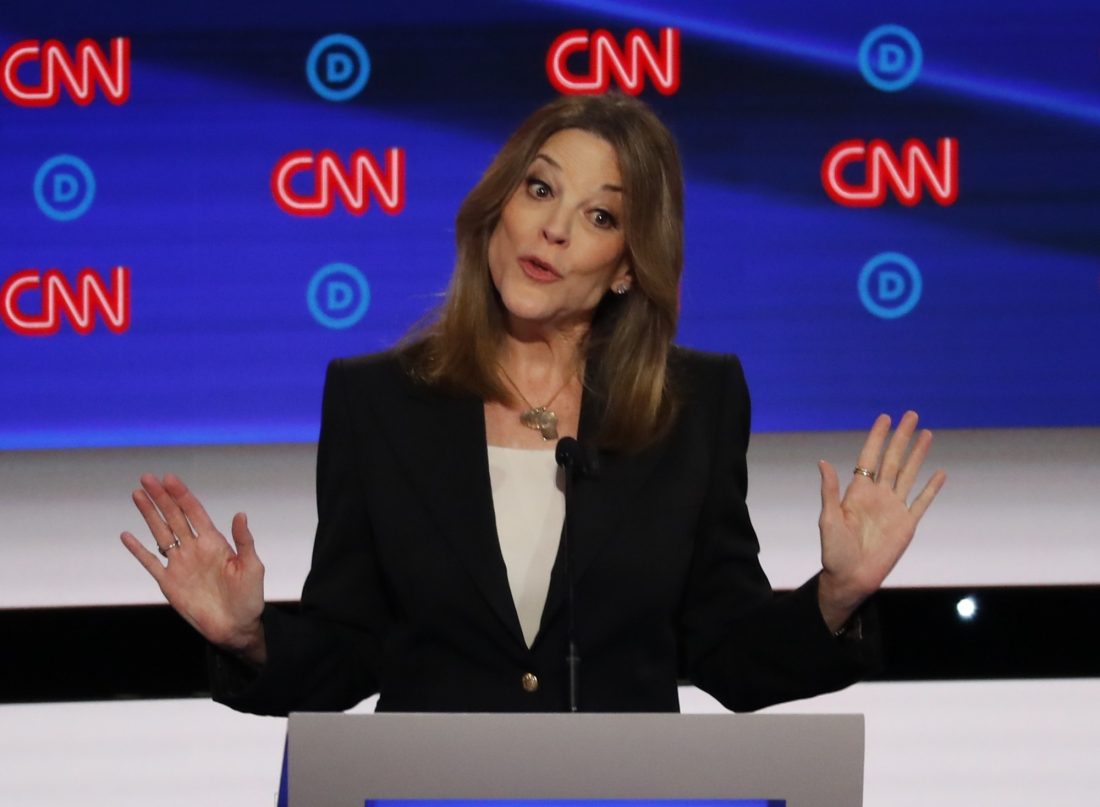 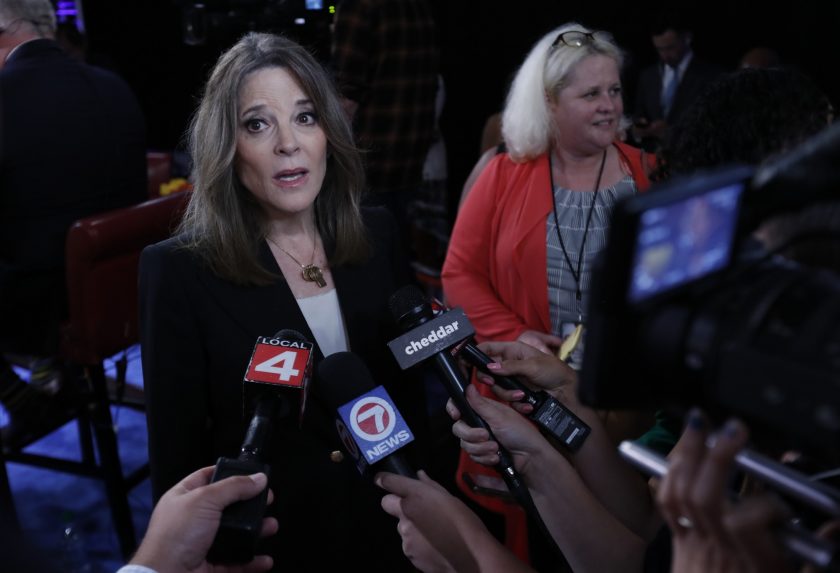 (Detroit, MI) — Author Marianne Williamson was the most googled candidate last night, as she took the debate stage in Detroit along with nine other Democratic presidential hopefuls. Williamson, who mounted an unsuccessful congressional bid in 2014, led searches in 49 of 50 states, with Governor Steve Bullock number one in his home state of Montana. Williamson’s comment that President Trump represents a “dark psychic force” also saw a search spike. Over on Twitter, Massachusetts Senator Elizabeth Warren was the most talked about candidate. The second round of Democratic presidential debates concludes tonight in Detroit.