DMV Gets Another Snow Day Off

Washington, D.C (Friday, January 7, 2022) – For the second time this week, the Washington region is waking up to more snow and those extra flakes mean an extended weekend for many.  Most school systems are closed as are the National Zoo and all D.C area Smithsonian museums.  Federal government workers also have the day off. 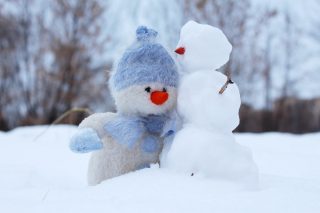 While the overnight snowfall was less treacherous than Monday’s, some roadways were still slushy and slick this morning for commuters.  “I really didn’t have any problems getting out of my complex.  I just had to push the snow off the car and then drove right out,” said Upper Marlboro resident Nicole Kendricks.  Local transportation officials said there were no immediate reports of big crashes on any major highways.  Still drivers are being told to remain vigilante and to take it slow.

Snow accumulations for the region ranged from 2 to 5 inches.  Temperatures today are expected to remain in the 30s.