(Surfside, FL)  —   The death toll in the condo collapse near Miami Beach is rising.  Ten people are dead and 151 are still missing.  Miami-Dade County Mayor Daniella Levine Cava said an investigation into the cause is underway.  Levine Cava said their top priority is search and rescue, but stressed that these numbers are very fluid.  Governor Ron DeSantis called it an “incredibly hazardous environment,” adding that the search will not stop until there’s a resolution.  DeSantis noted it’s not going to take a day or two for investigators to find the root cause of the collapse. 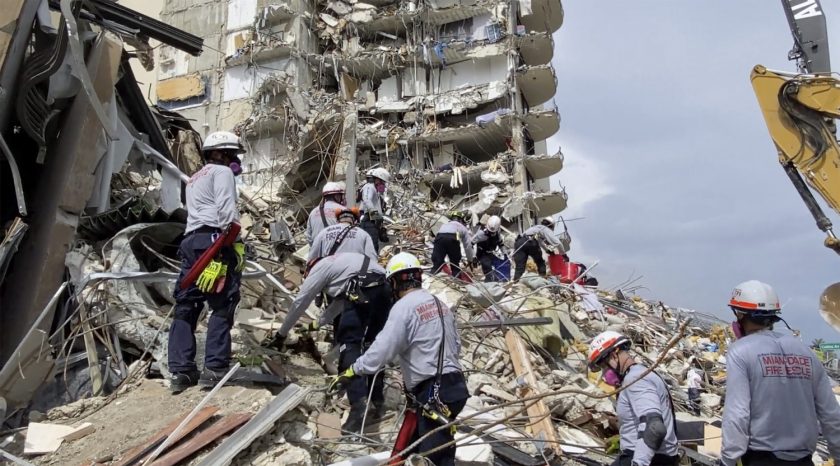 Miami-Dade Assistant Fire Chief Ray Jadallah said personnel will begin utilizing heavy machinery to move debris.  He noted they are still in search and rescue mode and they’re considering all options.  Florida State Fire Marshal Jimmy Patronis said this is the largest deployment of taskforce resources in state history for an event that is not a hurricane.