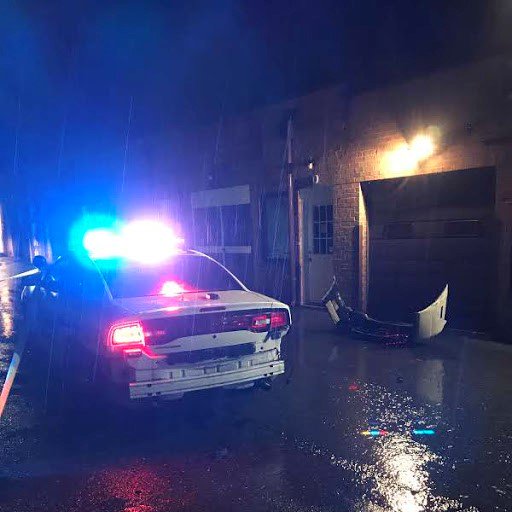 Montgomery County Police responding to an alarm at a business see a number of suspects fleeing in a white SUV from the United Gun Shop near Randolph Road.

Sources say it only took officers about four minutes to respond. The officer fired shots and the vehicle sped away. A short time and distance later the abandoned SUV with one dead suspect was found in a nearby neighborhood.

That suspect has not been identified. They also found 3 guns next to the vehicle. Upon a further search of the community, they found a bag of guns. Interim Police Chief Marcus Jones says the suspects should be considered armed and dangerous. He is asking anyone who sees or hears something suspicious not to check it out but to call 911 instead and they will look into it.

We have no reports of any school lockdowns but officials just warn residents to caution when moving around.