(Port-au-Prince) — The gang that kidnapped 17 Christian missionaries in Haiti over the weekend is demanding 17-million dollars in ransom. The gang grabbed the 16 Americans and one Canadian after they visited an orphanage near Port-au-Prince on Saturday. The people being held include seven women, five men and five children, one of them an eight-month-old baby. The FBI and Haitian police are in contact with the kidnappers but the defense minister said negotiations could take weeks. The missionaries are affiliated with Ohio-based Christian Aid Ministries. 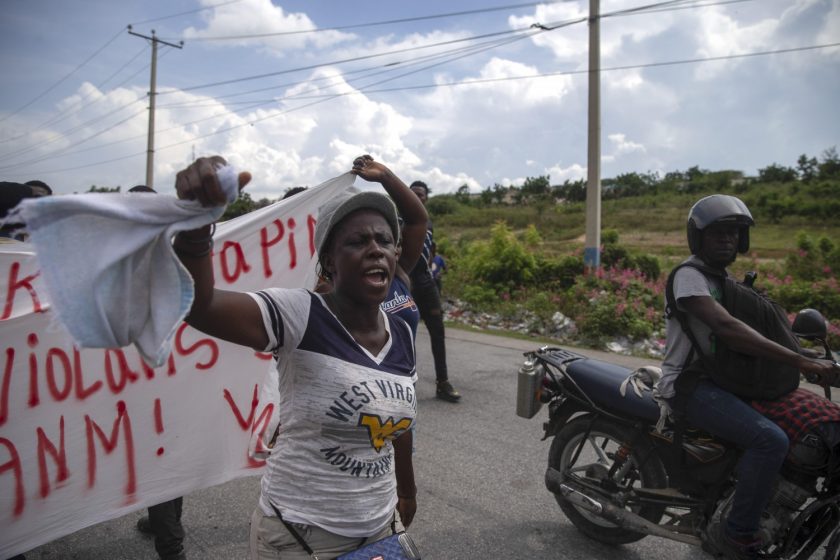 People protest for the release of the kidnapped missionaries near the missionaries’ headquarters in Titanyen, north of Port-au-Prince, Haiti