(Miami, FL) — Tampa, Florida, could get a direct hit from a hurricane — something the area hasn’t seen for 100 years. The National Hurricane Center says Hurricane Ian will pass west of the Florida Keys late tomorrow. It’ll probably then head up the state’s west coast on Wednesday into Thursday. Forecasters say Ian is gaining steam and they warn a storm surge in Tampa Bay is particularly dangerous because the water has nowhere to go. Mandatory evacuations in the area are underway as well. 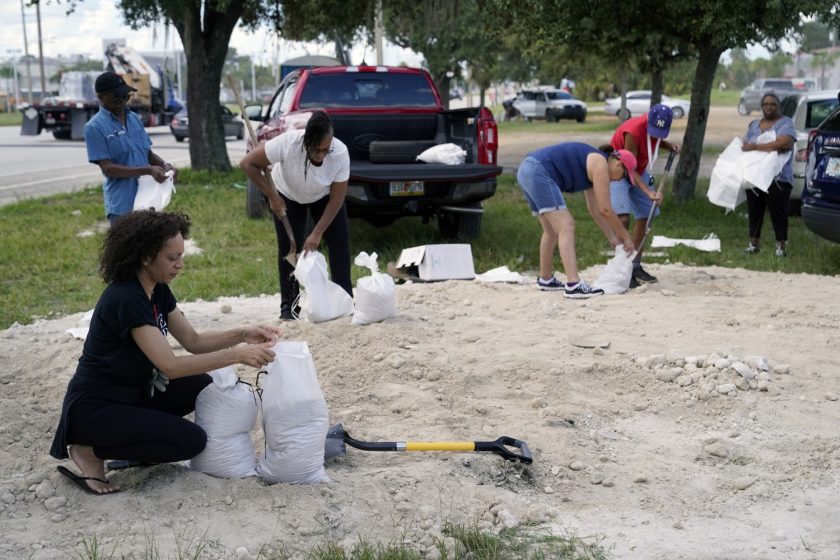 Residents of Orange County fill sand bags at Baldwin Park to protect their homes in preparation of Hurricane Ian, Monday, Sept. 26, 2022, in Orlando, Fla. Ian was growing stronger as it approached the western tip of Cuba on a track to hit the west coast of Florida as a major hurricane as early as Wednesday.