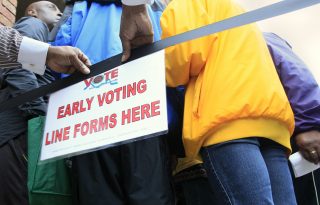 In Florida, if convicted felons want to vote, they’ll have to spend some money to do so. Legislators in the sunshine state approved a bill this week that requires convicted felons–those who have completed their sentence, including probation and parole–to pay all monies owed the state in connection to their sentences before they can cast a ballot.  In November voters overwhelmingly approved a constitutional amendment that repealed the state’s lifetime voting ban for close to a million and-a-half Floridians with felony convictions. Critics of the recent pay-to-vote legislation contend it will effectively continue to disenfranchise convicted felons.