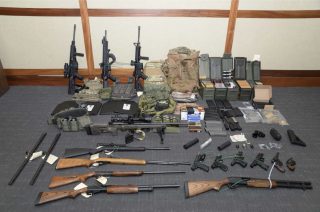 The lawyer for the U.S. Coast Guard lieutenant accused of planning to carry out a terrorist attack in the DC-area wants a judge to consider letting her client out of jail because he is not currently facing terrorism related charges. Christopher Hasson, of Silver Spring, was arrested in February on drug and weapons charges after authorities found a stock pile of guns and ammunition at his home. Prosecutors say Hasson is a self-described white nationalist who planned to target prominent politicians and journalists. Hasson’s lawyer says prosecutors have told her they don’t expect to file any additional charges against her client.

Tags: Lawyer for Hasson seeks his release from jail
X