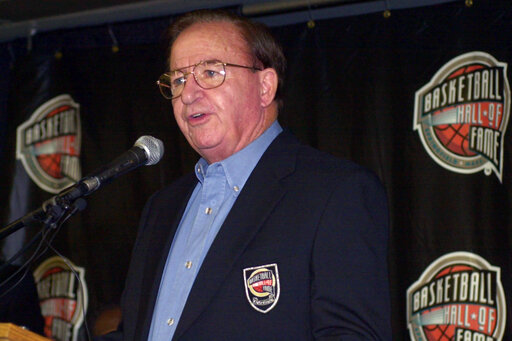 Just days after his family announced that coach Morgan Wootten was in hospice care, the legendary Hall of Famer is dead. Wootten passed away last evening at the age of 88. He won five national titles and more than 12-hundred games over a span of 46 years at DeMatha High School in Hyattsville. The school issued a statement this morning that Wootten was surrounded by his family and passed away peacefully as he wished. Wootten was regarded as one of the best coaches of all-time. With Wootten at the helm of its basketball program, DeMatha won 33 Washington Catholic Athletic Conference championships. He was inducted into the Basketball Hall of Fame in 2000, only the third high school coach to earn that honor. Wootten retired from coaching in 2002.