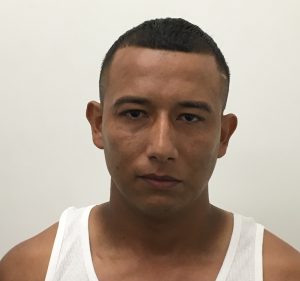 Montgomery County Police say they have taken a dangerous predator off the streets.

26-year-old Kevin Mendoza has been arrested for last Friday’s brutal beating and rape of a woman on 16th Street in Silver Spring.

The victim was attacked in the 8500 block of 16th Street just after 11:50 p.m on August 16th. She said she was getting some grocery out of her vehicle when she noticed a man that appeared to be following her. She said after she unlocked the door to her apartment building that when he grabbed her from behind and threw her to the ground. When she tried to resist he started hitting her in the face and then strangling her with his hands. Doctor’s say that she was strangled for so long and with so much force that she could have died.

Investigators say Mendoza use to live in the building where the rape occurred. He has been charged with first-degree rape, attempted second-degree murder and first-degree assault.