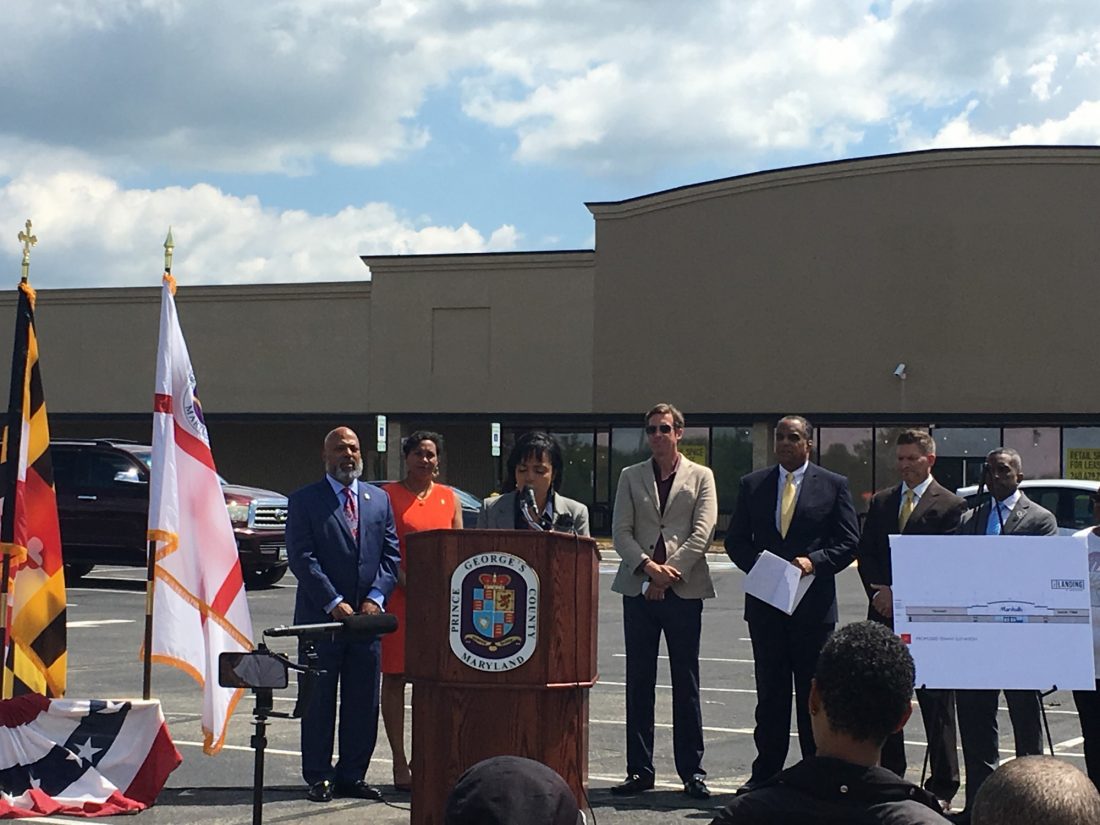 Alsobrooks, joined by other county and state officials,  announced County and State Commercial Property Improvement Program grant awards that will help revitalize some of Prince George’s shopping centers that have fallen into disrepair.  The $1.9 millions will be awarded to nine shopping center owners to make facade improvements to increase safety, competitiveness and visibility. 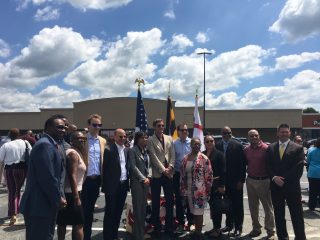 The county executive unveiled her plan in Clinton at the Landing at Woodyard Shopping Center.  That center, long vacate and blight, is beginning to see new life with new stores being added.

While County Executive Alsobrooks has a focus on new development in the County, such as the new Kaiser Permanente building, planned WMATA headquarters and Urban Atlantic build-out in New Carrollton, “my administration is also laser-focused on redevelopment, including the 42 shopping centers identified as in-need of improvements,” added Alsobrooks. Seventy-eight percent of the CPIP grant recipients are owners of shopping centers inside the Beltway.