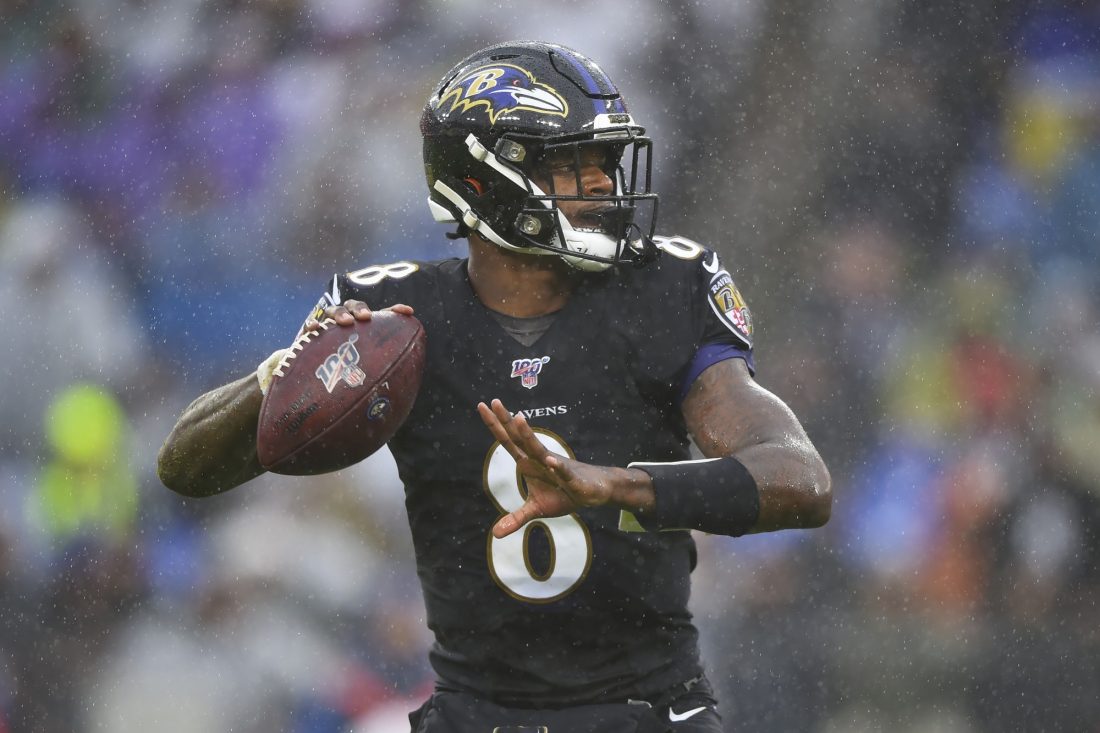 If this edition of 49ers-Ravens — filled with elite players, fourth-down gutsiness and top-notch defense on a rainy afternoon — was indeed a Super Bowl preview, everyone’s in for a treat in February.

What Baltimore’s 20-17 victory over visiting San Francisco on Sunday showed was that Lamar Jackson is as good as it gets. In addition to being a, if not the, leading MVP candidate, he’s as fun to watch as anyone in the sport. It also highlighted that teams can still thrive by running, that San Francisco is loaded with playmakers on both side of the ball and that watching John Harbaugh and Kyle Shanahan match wits makes for good theater.

And then there’s this: These clubs are both good and evenly matched. It took Justin Tucker’s 49-yard field goal on the final play to determine the outcome.

“Hopefully,” 49ers coach Shanahan said, “we can earn an opportunity to maybe get a chance to play them some other time.”

Jackson ran for one TD and also threw for one for Baltimore, which has won its past eight games and took over as the AFC’s No. 1 seed when the New England Patriots lost at night to the Houston Texans 28-22.

The Heisman Trophy winner at Louisville gained 101 yards on the ground, making him the first quarterback in NFL history to rush for at least 100 in four games during one season; the Ravens are 12-0 when he tops 70 in his nascent career.

Jackson also pulled off yet another juke that left a defender, this time K’Waun Williams, tumbling to the turf.

Only two teams, both way back in the 1970s, have run for more yards through 12 games than Baltimore has.

“We left another statement out there on the field,” Ravens receiver Willie Snead said, “that we were for real.”

“God willing, we make it to the end,” San Francisco’s DeForest Buckner said, “hopefully we go against them again.”