(Friday, January 7, 2021) – The world has lost another legend.  Trailblazing actor Sidney Poitier died Thursday.  Poitier was the first Black performer to win the Academy Award for best actor in 1964 for his role in “Lilies of the Field.”  His career spanned more than 7 decades and is credited with helping to open the doors for many Black actors along the way.  Poitier was 94. 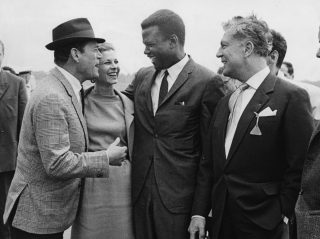 Poitier pushed to change the perception of African American actors challenging audiences to accept Black performers in leading roles on television and in movies.  He upended the demeaning Hollywood tradition of casting Black performers in vulgar caricature or limiting them to singing and dancing roles. 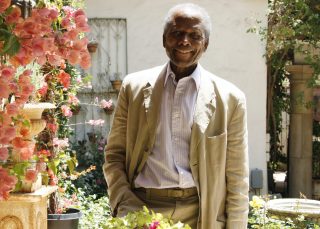 Before Poitier,  no Black actor had a sustained career as a lead performer or could get a film produced based on their own star power.  The renowned actor, director, and activist also starred in such classics as “To Sir, With Love,” “The Heat of the Night,” “Guess Who’s Coming to Dinner,” and “A Raisin in the Sun.”