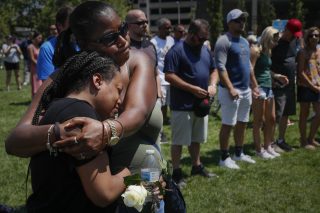 (August 4, 2019) – Most Americans went to bed last night praying for the victims of the El Paso, Texas mass shooting.  But when they woke up this morning.  There was yet another shooting spree that left more people dead, others injured, and many wondering when will the violence ever end. 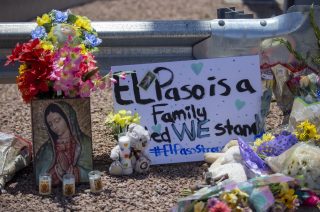 Two mass shootings in 24 hours have left even the most cynical asking for answers.  In the Texas border city of El Paso, a gunman opened fire Saturday morning as shoppers packed a Walmart in search of back to school deals.  The attack left 20 dead and as many as two dozen  others injured, many of them critically.  Hours later in Dayton, Ohio, around 1am Sunday, another gunman went on a shooting spree.  This time at a popular nightspot where he killed nine people and wounded 26 others.

The El Paso gunman was taken into custody and has been identified as 21-year-old Patrick Crusius from Allen, Texas.  Authorities believe the shooting was motivated by hate, saying Crusius posted a hate filled racist and anti-immigrant post online shortly the shooting.

The Dayton, Ohio shooter was shot to death by police.  Authorities say the bloodshed was likely limited by the swift police response.  Officers patrolling the streets of the downtown district were able to respond to the shooting in less than a minute.  Authorities have not yet r 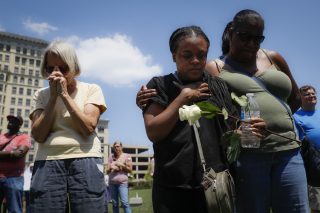 eleased a motive in the Ohio shooting.  But the gunman has been identified as 24-year-old Connor Betts from Bellbrook, southeast of Dayton.   His 22-year-old  sister Megan was among those he killed in the rampage.  Dayton Mayor Nan Whaley said the shooter was wearing body armor and had additional high-capacity magazines.  “Had the police not responded so quickly, hundreds of people in the Oregon District could be dead today,” she said.  Six of the nine killed were Black, police said.  Officials have not ruled out or ruled in if the Dayton case is a hate crime. 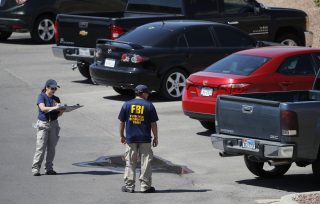 President Donald Trump told reporters today, as he prepared to board Air Force One to return to Washington, D.C. after wrapping up an out of sight weekend at his golf club in New Jersey that, “hate has no place in our country and we’re going to take care of it.”  Trump said he will make a statement Monday on the two mass shootings and what can be done in response.