(New York, NY) — Police are releasing new video showing the George Floyd statue in New York City’s Union Square being defaced. The video shows a man on a skateboard throwing paint on the statue and lurking around before the vandalism. It happened Saturday morning. Members of the community pitched in to clean up the statue and restore it to its original condition. 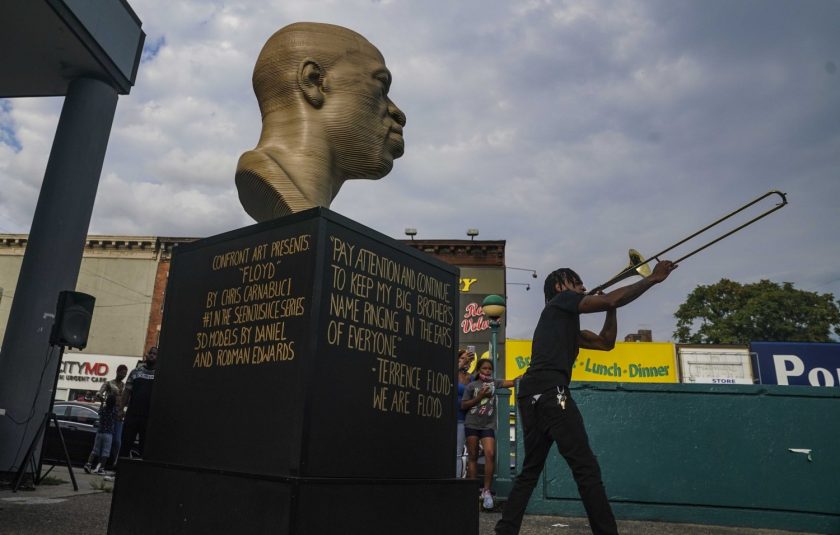