White House Reacts to Photos of Haitian Migrants at the Border

DEL RIO, Texas (AP) —  White House press secretary Jen Psaki called the photos of  U.S. Border Customs and Border Patrol agents on horseback chasing Haitian migrants “horrible to watch”.   Psaki said more context is needed for the photos.  U.S. officials say more than 6,000 Haitians and other migrants have been removed from an encampment at a Texas border town. They also defended a strong response that included immediately deporting migrants to their impoverished Caribbean country and the use of horse patrols to stop them from entering the town. It’s a massive show of force that signals the beginning of what could be one of America’s swiftest, large-scale expulsions of migrants or refugees in decades. Three flights with 145 passengers each arrived in Port-au-Prince, and Haiti said six flights were expected on Tuesday. In all, U.S. authorities moved to expel many of the more 12,000 migrants camped around a bridge in Del Rio, Texas, after crossing from Ciudad Acuña, Mexico. 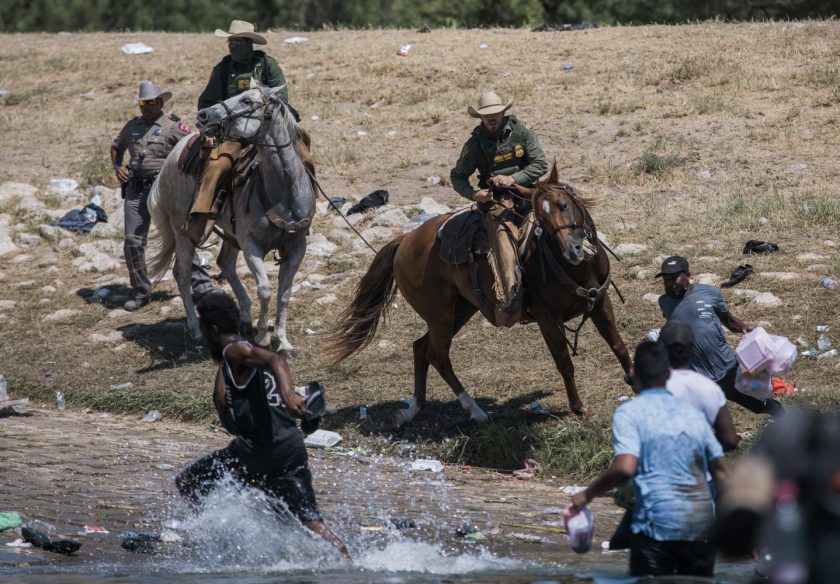