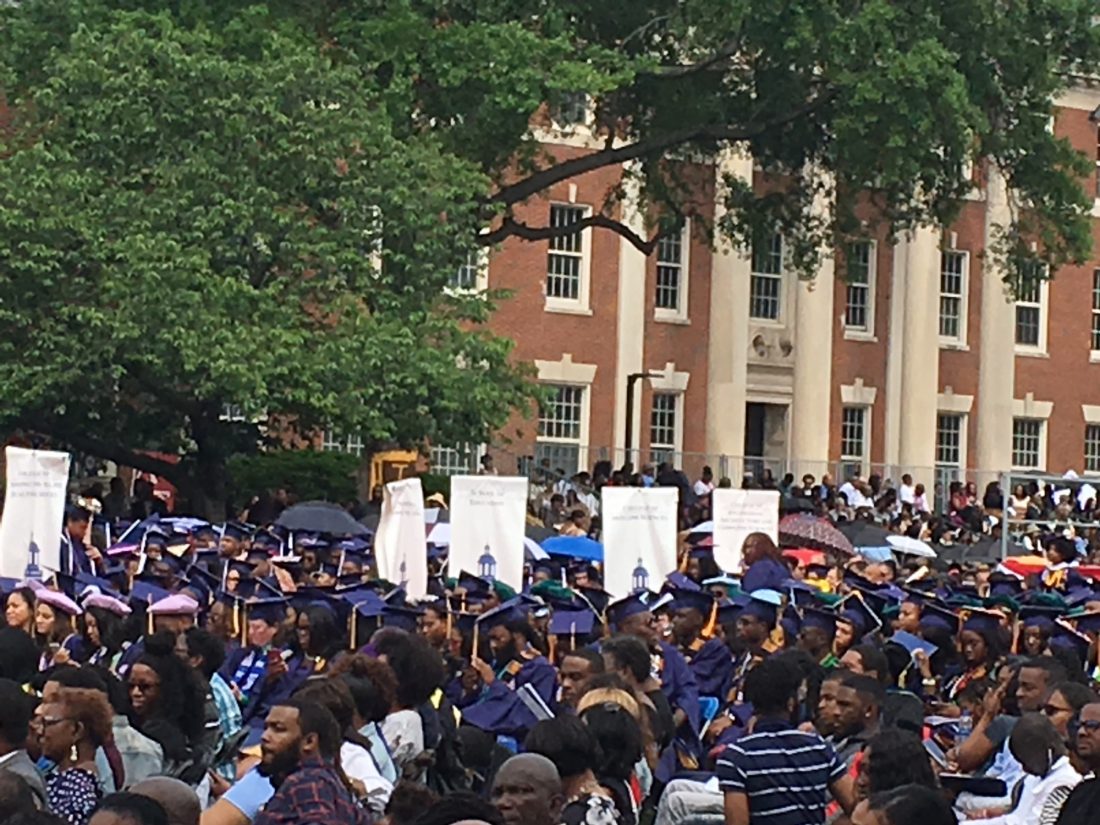 During the ceremony, Kasim Reed, former Atlanta mayor and noted Howard alumnus and trustee emeritus, lauded his alma mater as a “dream factory for our people.” 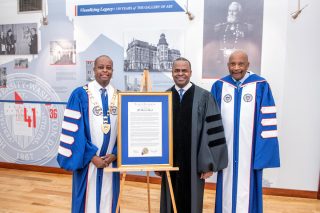 “Howard was built to be a dream factory for a people – a place where you can come and be a pastor, a nurse, a teacher, an engineer, a social worker, a physician, a scientist a lawyer, a place where if you had the grit and the toughness and the intellect then your lesson plan could become a dream plan, and that’s what’s happening today,” Reed told the assembled graduates and their families.

Reed served two terms as the 59th mayor of the city of Atlanta from 2010 to 2018. He earned his Bachelor of Arts and Juris Doctor degrees and an honorary Doctor of Laws from Howard University. He applauded the Class of 2019 for their decision to become a part of Howard’s rich legacy of leaders. 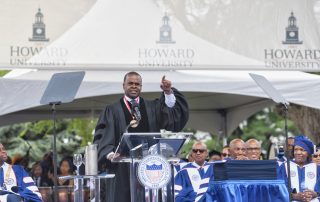 “We are the place where if you are an African American lawyer, there is a one-third chance you graduated from Howard.  If you are an African American physician, there is a one-fifth chance that you went to Howard.  We are a place that has a unique ability to take raw talent, energy, and grit and weave it into a beautiful mosaic. In fact, I am looking at it right now,” said Reed.

He encouraged the new graduates to get busy making their dreams a reality without delay.“Take full advantage of your physical capacity.  I know that as you sit there with your future ahead of you, you feel like you have all  the time in the world.  You don’t,” Reed stated emphatically. “Excellence, greatness, and passion are where the grind is.  Do not squander your physical capacity to work all day and work all night when needed.”

In total, Howard University awarded 2,293 degrees.  That number includes 309 master’s degrees, and 114 Ph.Ds. The 2019 graduates represent 42 states and 43 countries; 194 graduates are from the District of Columbia.  The youngest graduates are 20 years old (receiving bachelor’s degrees in political science, finance, and biology). The oldest graduate is 72 year and received a doctor of education degrees. Sixty-seven percent of the total 2019 graduates were women.

This year’s Commencement Convocation marks the commemoration of Howard University’s 151st graduating class. Howard University President Dr. Wayne A. I. Frederick said the ceremony was made possible because of “countless and fearless leaders” in the past who pursued justice, equality and education.  “Howard University continues to be a national treasure, not only because of our legacy, but also because of what is taking place in our country today right now,” Dr. Frederick said. “Our core values of excellence, leadership, truth and service are at the center of Howard’s faithfulness to our primary task – to develop scholars and professionals who drive change while engaging in scholarship that provides solutions to contemporary global problems.”

Dr. Frederick said this weekend marked 24 years since his own graduation from the Howard University College of Medicine. Howard University is America’s No. 1 institution for producing Black applicants to U.S. medical schools.  “Howard University was the only place in the world where I could fulfill my dreams,” he said. “No one at Howard ever questioned my capacity or my abilities, and this is the HBCU difference. I think this is why HBCUs are more critical today than ever before.”

Among the excited graduates stood Olumide Olulade, who graduated first in his class in the College of Medicine.  Olulade followed the path to Howard through the example of family members. His brother graduated with a Howard medical degree in 2008. His mother graduated from the Howard University College of Pharmacy in the class of 1977. On this Mother’s Day weekend, he was able to give his mother the gift of his graduation. He plans to pursue a career in interventional radiology.

“My mother is the reason I went to medical school. When I finished my Ph.D. and was working as a researcher, she got sick. I realized in that moment that I couldn’t help her at all,” said Olulade, who describes that moment as a turning point. “I decided that I wanted to be able to be at the bedside helping people who get sick. I think research is amazing, but I realized I wanted to be directly engaged in care.”