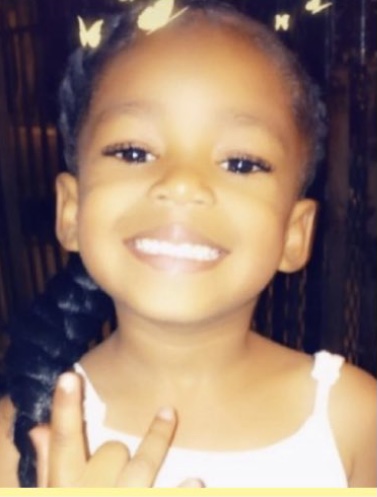 Washington, D.C. (Saturday, July 17, 2021) – D.C. police are asking for the public’s help in finding the shooter or shooters in the killing of six-year-old girl Nyiah Courtney.  Nyiah was among six people shot last night in SE at the intersection of Malcolm X Boulevard and Martin Luther King Jr. Avenue.  Nyiah died of her injuries.  Five adults survived. 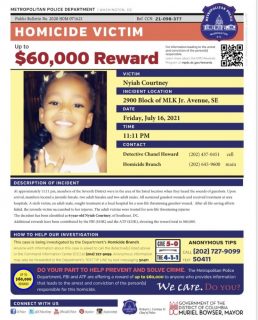 Chief  Contee called the shooting senseless and pleaded for the public to step forward to report the killer.  Police are looking for a four-door silver sedan.  Chief Contee says the shooting was a drive-by and revealed patrol officers were just feet away when the bullets started flying.

Mayor Muriel Bowser says more has to be done to get the guns off of the city’s streets. “Somebody else could be killed tonight, somebody else could be killed the next night because too many people are willing to use guns to solve whatever conflict there maybe,” said Bowser.  “This is a six-year-old who is not coming back.  Family grieving.  Little friends grieving.  A community grieving. Our plea for Nyiah is that we find out who killed her.”

Residents in the area say shootings are nothing new for them and they pleaded with the mayor and police chief to do more to close what they called troubled businesses in the community.