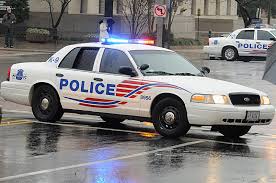 Washington, D.C. (Tuesday, January 3, 2023) – Gunshots rang out Tuesday evening on a busy rush hour stretch of Georgia Avenue in Northwest, D.C.  Four people were shot including an 8-year-old.  Police say one of the adult male victims died of his injuries.

Police are looking for two gunman who fled in a small gray or silver SUV.  The shooting happened around 6 p.m. in the 6200 block of Georgia Avenue.  Police say the three male victims were targeted as they stood near a vehicle.  “That’s when two suspects drove up and got out of their vehicle in traffic fired shots at these three young men standing around,” said Police Chief Robert Contee.  Police do not believe the child was targeted.

Police do not have a motive for the shooting.  But Contee is concerned the latest violence could spur retaliation.  He says the ATF is joining the investigation.  Tuesday’s shooting is the latest round of violence that has rocked the city in just the first three days of the New Year.