Avatar: The Way of the Water is well worth the wait. 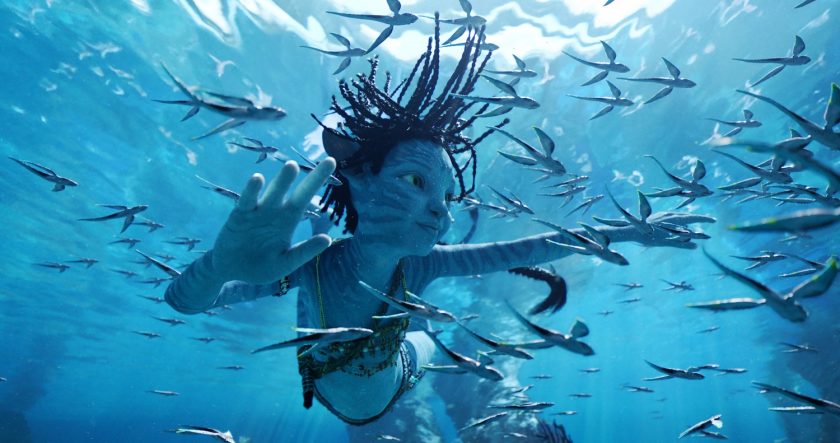 Heading into the early screening of Avatar: The Way of the Water I was admittedly hesitant as to how good the 3 hour and 15 minute sequel could be. Within the first 10 minutes, all my worries subsided as the trademark visuals reminiscent of the first installment were brought to the screen with even more vibrancy and flare. The 3-D simply add more punch and wow factor to already beautiful scenes. Apparently the 13 year wait for this movie was due to the lack of proper technology to create the underwater scenes properly. It was worth the wait.

The story picks up where the first ended, offering a quick synopsis of the prequel and explaining the development of the Navi tribe with their new leader.  We’re introduced to new characters as well as catching up on many of our favorites from before. Jake (Sam Worthington)  and Neytiri (Zoe Saldana) have grown considerably and now have a family of their own whom take centerstage.

The villain in this film is introduced in a creative way that carries its own sense of evolution. Humanity’s capitalistic and greedy nature are again the driving force for disruption on the planet of Pandora.  The introduction of the Metkayina clan (water tribe) makes for a layer of adaptation the Omaticaya (forest tribe) family must embrace for survival as they’re sought out by a ramped up villain, hellbent on their destruction. 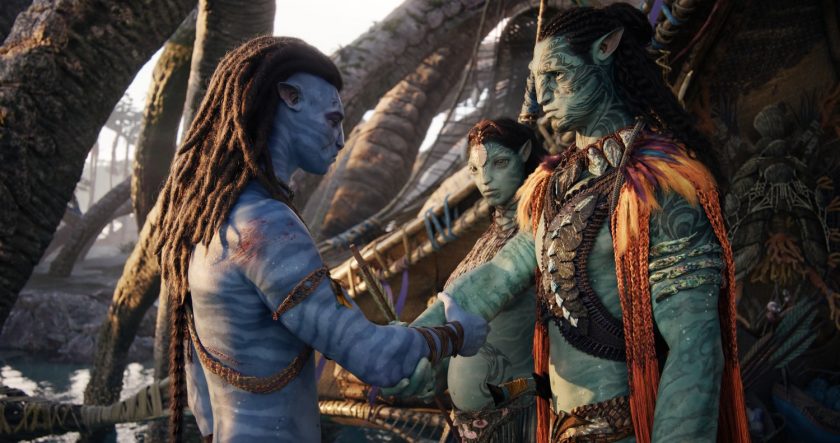 Outside of the primary conflict, there are internal conflicts within the family as the children grow and search for their own identity and role within the tribe. The Na’vi’s connection to the animal life are beautifully portrayed and again become pivotal relationships in the movie.

For those that enjoyed the first movie, this is a definite upgrade and will again take you away to the fantasy driven world of stunning visual effects, above and below the water. For those looking for deeper politics and insight into societal behaviors, you may struggle to find what you’re looking for. I’ve seen others complain about the simplicity of the story and plot, but I simply wasn’t looking for a “deep” movie. It was entertaining, a visual masterpiece, and I believe trying to explain everything from a sociopolitical viewpoint would have led to significant lulls in the film.

So overall, I give this film a 8.5 out of 10. I can see they plan to have more installments as the very end was a bit questionable and cliché. But it was fun and I encourage you to check it out. With mild profanity and the levels of violence, I would recommend for those 12 and up. 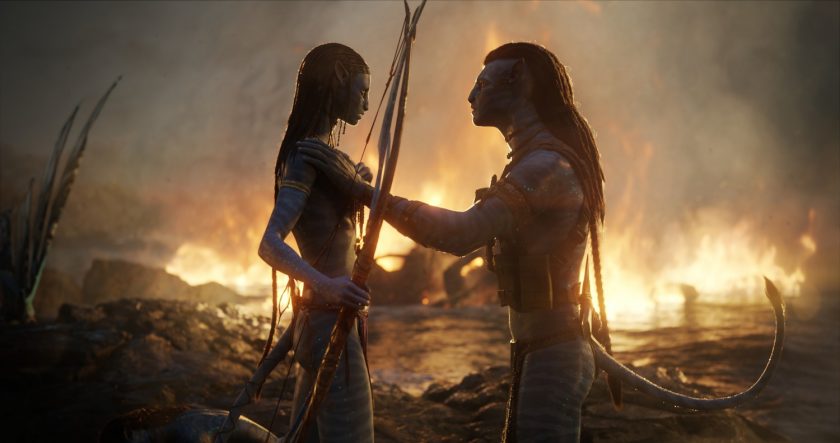