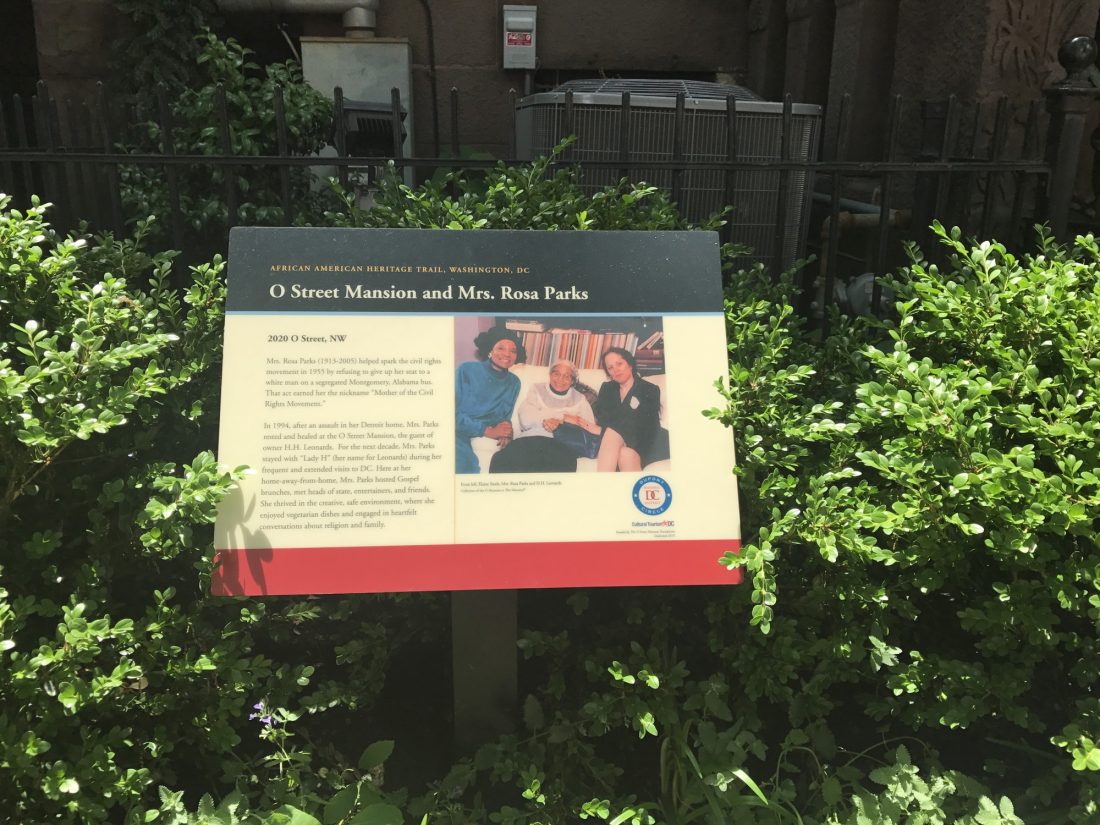 Washington, D.C. (Saturday, June 1, 2019) – D.C. Mayor Muriel Bower Friday unveiled a plaque of Rosa Parks at the Mansion on O Street, designating the location as an historic site and destination on the African American Heritage Trail. 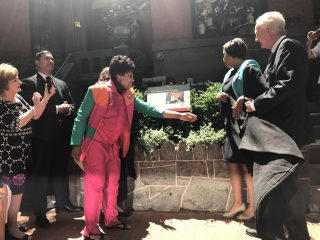 Parks, known as the “Mother of the Civil Rights Movement,” often stayed at the Mansion at 2020 O Street, NW as a guest whenever she visited Washington, D.C.

Parks helped to spark the Montgomery, Alabama boycott when on December 1, 1955, she rejected a white bus driver’s order to giver up her seat in the “colored section” to a white passenger.  Park’s act of defiance and the Montgomery bus boycott became important symbols of the movement.  She became an international icon of resistance to racial segregation.

Shortly after the boycott, Parks moved to Detroit where she continued to remain active in the civil rights movement. In February, Parks along with Elaine Eason Steele  co-founded  the Rosa and Raymond Parks  Institute for Self Development.

“Many people around us right now have broken down barriers and have blazed trails and shattered glass ceilings.  Together, we stand on the shoulders of a courageous leader named Rosa Parks,” said Bowser during the plaque unveiling.   The plague is placed out in front of the historic site. 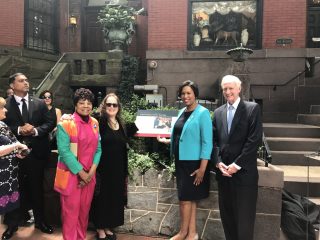 Bowser was joined by DC Councilman Jack Evans;  Elaine Steele;  and H.H. Leonards, founder and chairman of The Mansion on O Street; for the unveiling.