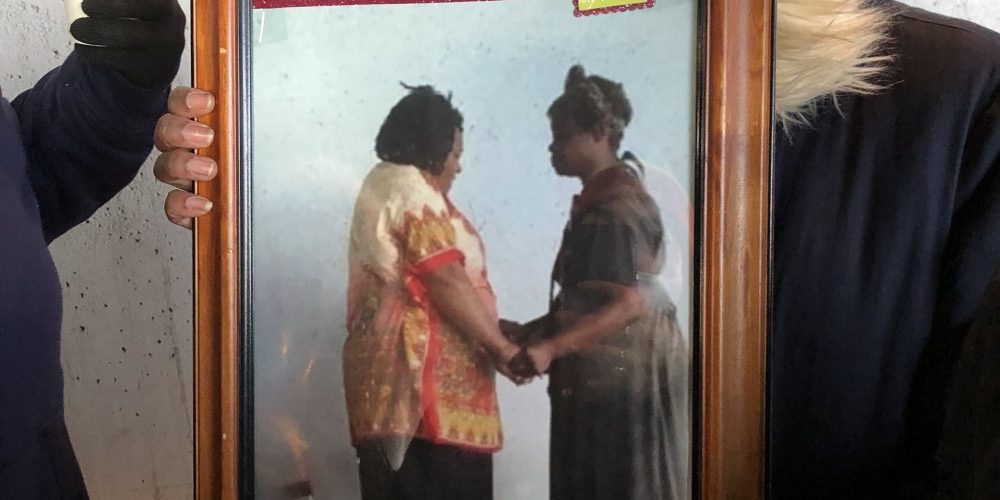 Weatherington was among the dozens of family members, motorists, and homeless advocates who packed under the bridge Saturday for a 4:30pm community vigil to remember Hill.  Police had to direct traffic in the area because of the throngs of people like Kimberly Cannon who learned of Hill’s death on Facebook.  “It was so sad to know that after all these years of surviving on the streets that she died.  I just wanted to come and pay my respects to her memory and family,” said Cannon. 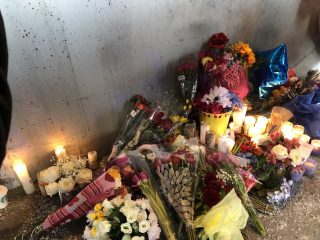 The 58-year-old Hill was found unconscious and not breathing under the bridge at Pennsylvania Avenue and 295 on Wednesday by a woman who often checked on her, according to published reports.

Many wondered how and why Hill lived under the bridge for so many years.  There are various stories. from it was where her son was killed, to Hill was waiting for her husband.  Family members say none of those tales was true.  “She was most comfortable here,” said Crystal her niece.  “This is where she wanted to be at and this is where she left.”  Asked to explain why Hill chose to live under the bridge, her niece simply said Hill had her personal reasons and the family is not inclined to reveal those reasons.  “You can coach a person to do anything in the world, but if it’s not what they want to do.  They are not going to do it.” 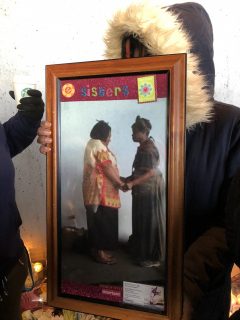 There’s been no official cause of death as yet.  Crystal wants the community to remember her aunt as the extremely gentle and loving person she was.  She also hopes her aunt’s life and passing will further the dialogue about mental health in the Black community.