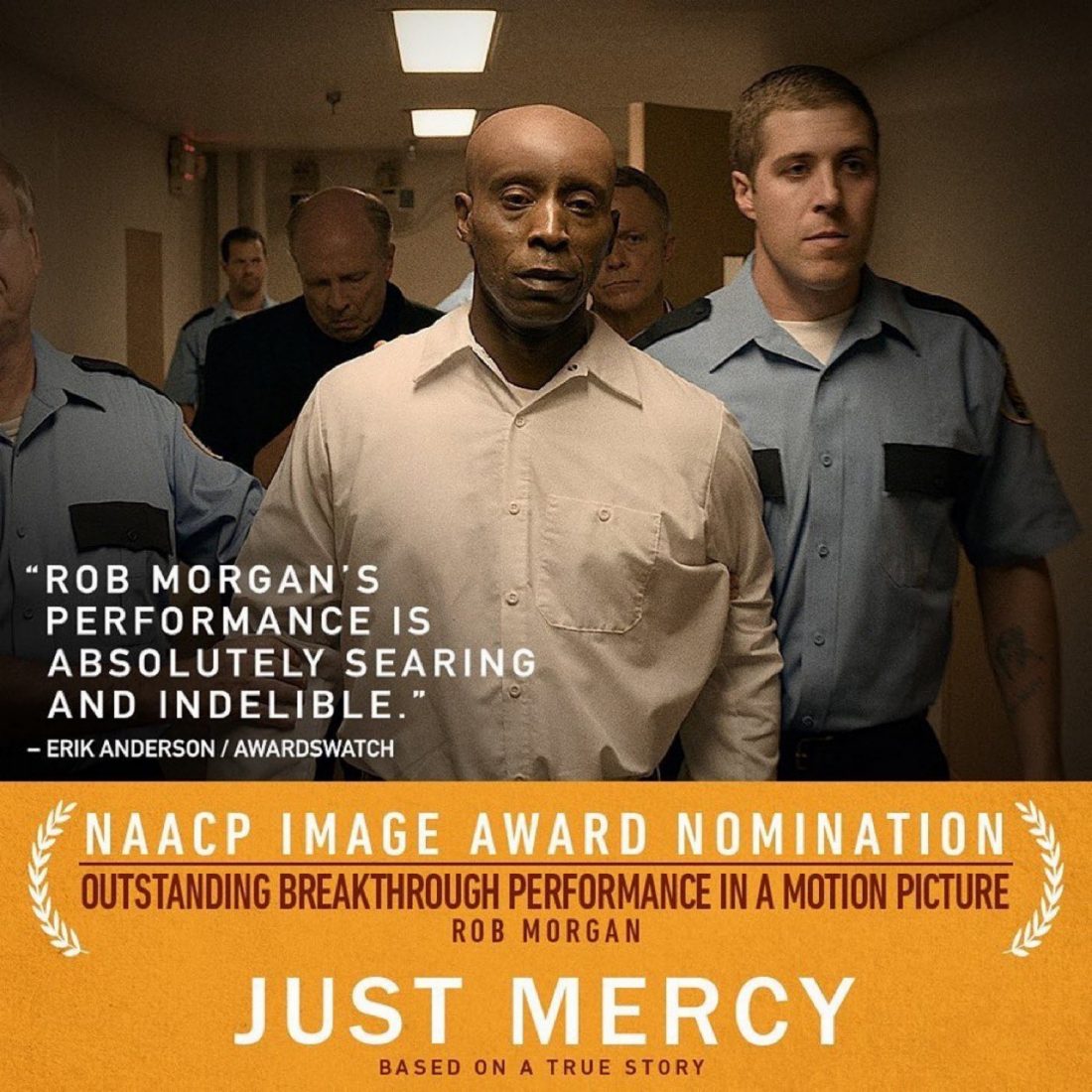 The Original Quiet Storm is on fire tonight… Even actor Rob Morgan called in to chat with Angela Stribling and chime in on the topic: “What Do Men Really Want?”

Rob gave plenty of reasons to check out his new movie “Just Mercy” as it opens this weekend. Here’s the storyline: After graduating from Harvard, Bryan Stevenson heads to Alabama to defend those wrongly condemned or those not afforded proper representation. One of his first cases is that of Walter McMillian, who is sentenced to die in 1987 for the murder of an 18-year-old girl, despite evidence proving his innocence. In the years that follow, Stevenson encounters racism and legal and political maneuverings as he tirelessly fights for McMillian’s life.
ROB MORGAN is best known for scene stealing role of “Hap Jackson” in the Oscar nominated film “Mudbound”.  He is also well recognized for his recurring roles of “Turk Barrett” in the Marvel/Netflix series “Daredevil” & “Luke Cage” & “Officer Powell” in the Netflix hit “Stranger Things”.  Other film and television credits include “Brawl in Cell Block 99” (opposite Vince Vaughn & Jennifer Carpenter) and “Godless” (Netflix).  He can also recently be seen recurring on NBC’s smash hit series“This Is Us”.  This year Rob earned rave reviews out of Sundance for his role in A24’s “Last Black Man in San Francisco”and Warner Bros “Just Mercy”opposite Michael B. Jordan and Jamie Foxx out of the Toronto International Film Festival.  Next up Rob will be seen starring in Colombia Pictures’ “Greyhound” opposite Tom Hanks, and Universal’s “The Photograph” with Issa Rae and Lakeith Stanfield.  He also stars in the independent feature “Bull” which made its premiere earlier this year at Cannes.  He is currently filming Lee Daniel’s next film “The United States Vs. Billie Holiday”.  Rob is a proud graduate of Virginia State University and resides in New York City.
X