Golf pioneer Lee Elder has died at the age of 87. Elder broke down racial barriers as the first Black golfer to play in The Masters and he paved the way for Tiger Woods and others to follow. Elder made history in 1975 at Augusta National, which had held an all-white tournament until he received an invitation after winning the Monsanto Open. Elder missed the cut but forever stamped himself as a groundbreaking figure in a sport never been known for racial tolerance. The PGA Tour said Elder died early Sunday in Escondido, California. He had been in poor health and wore an oxygen tube beneath his nose when he appeared at the opening of the Masters in April. 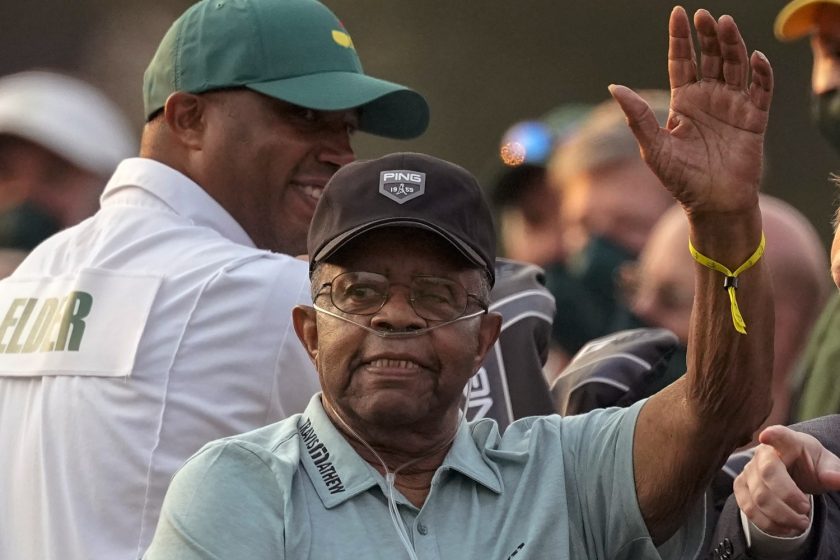