(Thursday, June 10, 2021) – As many other countries were ravaged by COVID-19 last year, Haiti suffered only a mild outbreak of the virus.  That has apparently changed now for the Caribbean island nation.  Health officials say new cases are now surging in Haiti, the poorest country in the Latin America and Caribbean region. 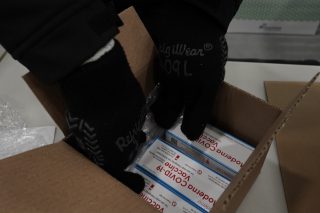 Haiti has yet to administer any COVID vaccines.  Haiti reportedly initially rejected shipments of vaccine doses through the United Nations-back Covax initiative because of possible side effects and worry about proper vaccine storage.  The island nation is now expected to get its first shipment of 130,000 doses next week.

But doctors reportedly say the challenge will be convincing Haitians to actually take the shot.