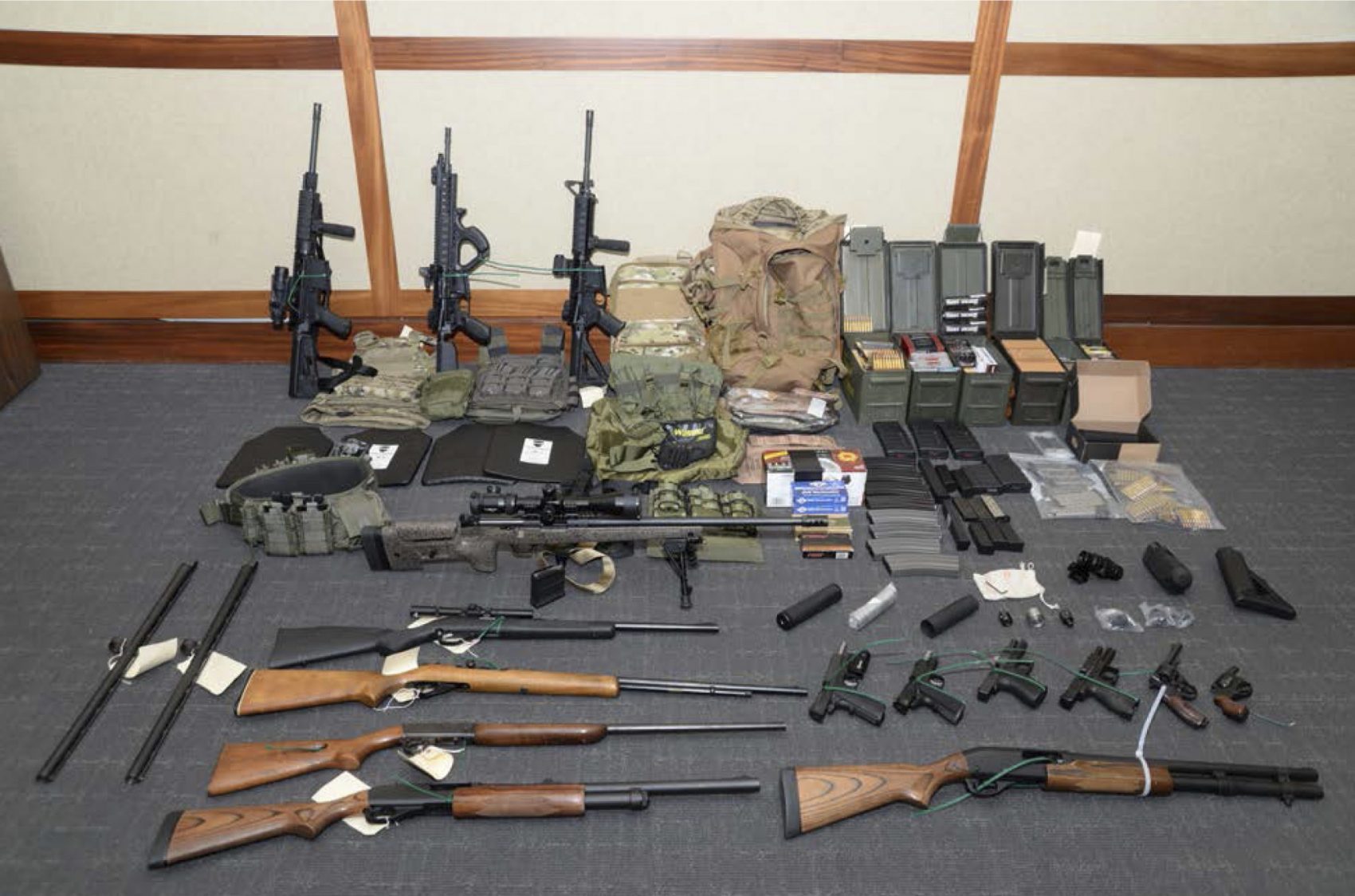 A federal judge will decide whether the U.S. Coast Guard officer accused of planning a terrorist attack targeting politicians and journalists should remain in jail. Christopher Hasson of Maryland was arrested in February on guns and drugs charges. Prosecutors labeled Hasson a “domestic terrorist,” and said he was stockpiling weapons and kept a hit list of prominent Democrats and TV journalists. Hasson’s attorney recently called for his release as prosecutors have yet to officially charge him with any terrorism-related offenses. In a motion filed Tuesday, prosecutors said Hasson continues to pose a serious threat, and claimed he also planned to target two unnamed Supreme Court justices. A judge will decide tomorrow afternoon whether Hasson should stay in jail pending trial.