Washington, D.C. (April 22, 2021) – New signs this morning that the economy is on the comeback.  Jobless claims filed last week hit a new pandemic low at 547,000.  The Labor Deported reported today it is the second week in a row that claims dropped significantly.

Experts say the new figures show the nation’s recovery is gaining steam fueling the economy is rebounding as coronavirus vaccinations pick up and stimulus chicks continue to hit bank accounts.

On a less than bright note, poverty rose to 11.7 percent in March.  Researchers from the University of Chicago say that’s the highest level of the pandemic. 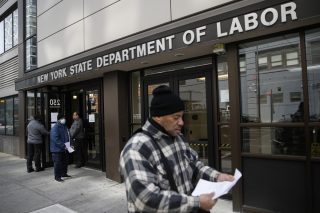 Additionally, the economy has not been as kind to women.  Figures show although the U.S. economy added 916,0000 positions last month, only one third of those jobs were gained by women.  The National Women’s Law Center says women would need as much as 15 months of job gains at last month’s levels to recover the nearly 5 million net jobs lost since last February.