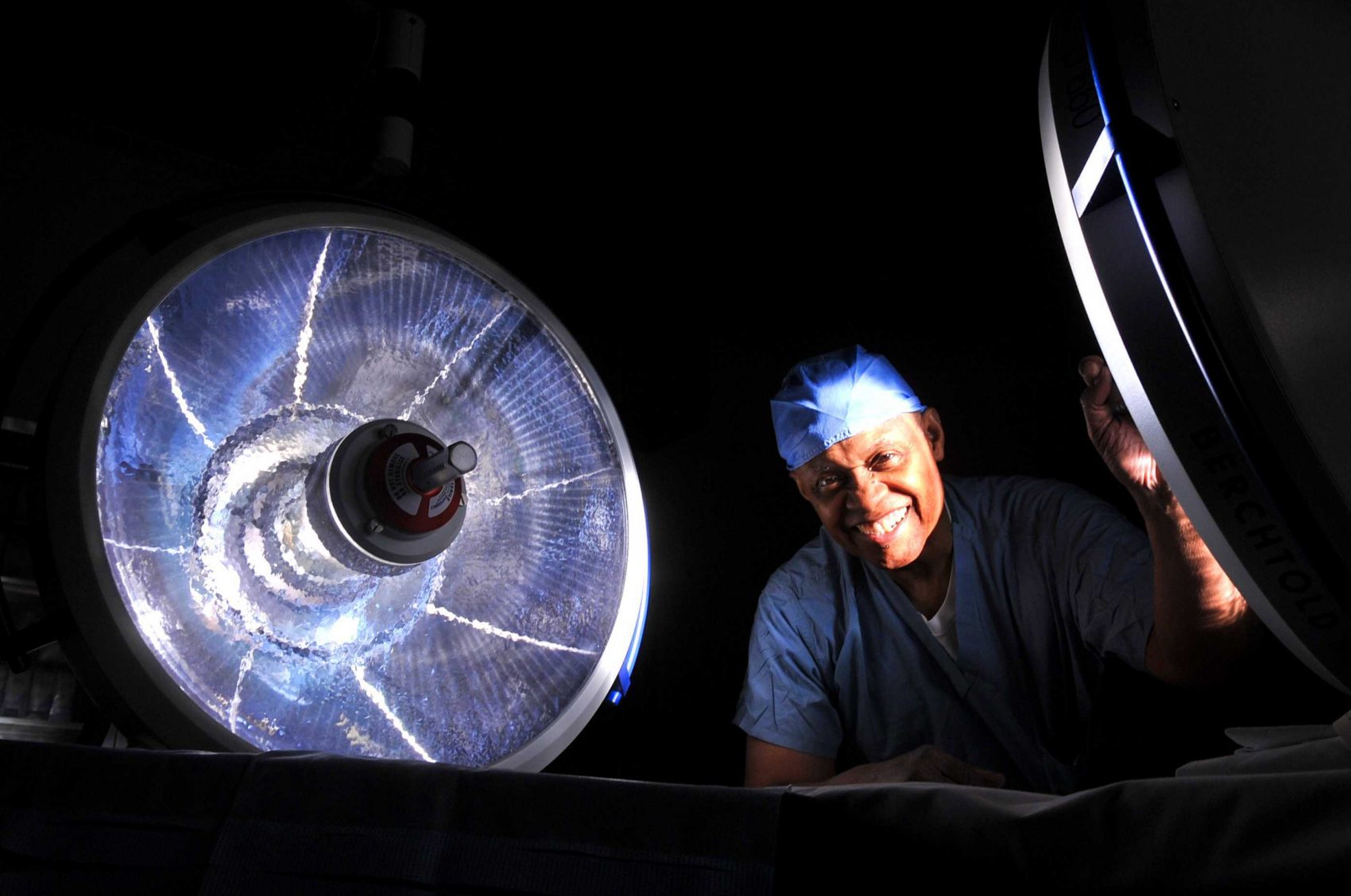 Washington, DC (February 12, 2019) – Howard University salutes renowned surgeon and medical professor Dr. Clive O. Callender during Black History Month.  The Howard University Hospital surgeon has focused his career on increasing awareness of transplant medicine among minority segments of the population, along with the unique health and social issues they face as potential donors.

Born on Nov. 16, 1936 in New York City, Dr. Callender lived in a foster home and then with his father, until his stepmother had to be hospitalized. His aunt Ella took him in and began his faith-based life. Through his involvement with Ebenezer Gospel Tabernacle at the age of seven, he decided to become a medical missionary. 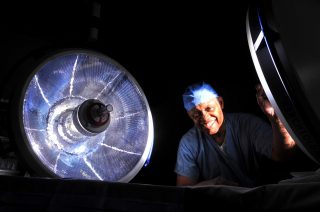 Prior to his pioneering work in the 1970s, the Black American population was thought to be among the most resistant to donating organs. However, today African Americans represent the nation’s lead donating population, according to the latest research.

“I reflect on the days when they said it was an impossible task to increase organ donation rates in the African-American and minority community,” says Dr. Callender who continues to teach surgery in the Howard University College of Medicine. “It’s a miracle and I’m grateful. This proves that this is the ministry that God had for me and validates my life’s purpose.”

Dr. Callender founded the National Minority Organ Tissue Transplant Education Program (MOTTEP) 27 years ago. The organization has been aggressively striving to help solve the number one nation-wide problem in transplantation – the shortage of donors. The first and only organization of its kind, MOTTEP has educated communities worldwide on minority organ donation and healthy lifestyles that can prevent the need for transplants. Throughout his career, Dr. Callender has served as a spokesperson for organ donation at thousands of community meetings.

After graduating from Commerce High School, Callender received his B.S. degree in chemistry and physiology from New York City’s Hunter College. He went on to attend Meharry Medical College in Nashville, where he received his medical degree in 1963.

Minorities have had a history of being reluctant to donate due to multiple factors: lack of awareness, religious beliefs, medical distrust, fear of premature death and racism. Data on the growth in African American donation rates were analyzed from the United Network for Organ Sharing (UNOS) statistics.

Based on the latest available data from UNOS, African Americans  now rank as the number one ethnic group in reference to organ donors per million. Between 2010-2017, African-American organ donors per million increased from 35.36-38.1 while the results in other ethnic groups are: Whites (27.07-34.28), Hispanics (25.59-27.5), and Asian (14.70-15.1) populations.  Blacks now represent 16 percent of the donor population, while representing 13 percent of the total U.S. population.

“Dr. Callender is an inspiring surgeon and leader,” says Dr. Shelly McDonald-Pinkett, chief medical officer of Howard University Hospital. “ He has served as a valuable mentor and role model and remains active in advancing professionalism and humanism in medicine.”

There are more than 120,000 people on the national transplant waiting list, more than half representing minorities. Dr. Callender said it was critical that the methodology of the community grass-roots approach be expanded to reach all minority and majority communities across the United States.

Facts about organ donation and transplantation

Founded in 1867, Howard University is a private, research university that is comprised of 13 schools and colleges. Students pursue studies in more than 120 areas leading to undergraduate, graduate and professional degrees. The University operates with a commitment to Excellence in Truth and Service and has produced four Rhodes Scholars, 11 Truman Scholars, two Marshall Scholars, one Schwarzman Scholar, over 70 Fulbright Scholars and 22 Pickering Fellows. Howard also produces more on-campus African-American Ph.D. recipients than any other university in the United States.  For more information on Howard University visitwww.howard.edu