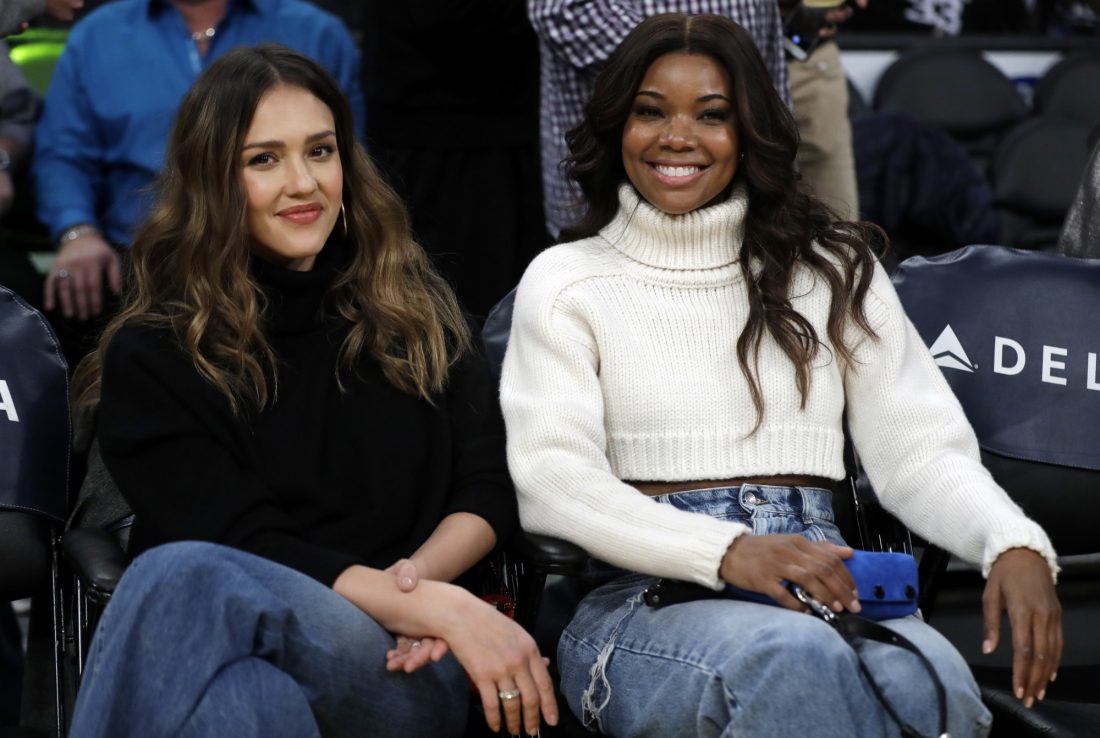 LOS ANGELES (AP) — When Aretha Franklin and Annie Lennox recorded “Sisters Are Doin’ it For Themselves” in 1985, the Queen of Soul tried out a pointed ad lib for the empowerment anthem.

″‘Equal pay, that’s what we say!’” she exclaimed in one take, as recounted by Lennox at a gathering of female filmmakers last fall. “And I said, ‘She gets the message. She knows what this is about.’”

Actresses, especially women of color, are getting the message as well: In seeking the roles and money that their talent warrants, they’re putting sisterhood to work.

Giving colleagues a peek at their paychecks, speaking out about economic disparity and using hard-won success to boost others are among the measures slowly gaining traction in an industry where most actors are hunting for their next job and women of color face entrenched barriers.

“One of the first things we say is, ‘Find out what the people around you are making,’” said entertainment lawyer Nina Shaw, a founding member of Times Up, the organization created in 2018 to fight sexual misconduct and workplace inequality. “And more and more, we’re finding that people are willing to talk to each other.”

Without knowledge of what other actors with a similar track record are getting for equivalent work, “you are way behind the eight ball,” said Gabrielle Union (“Think Like a Man,” ″Being Mary Jane”). 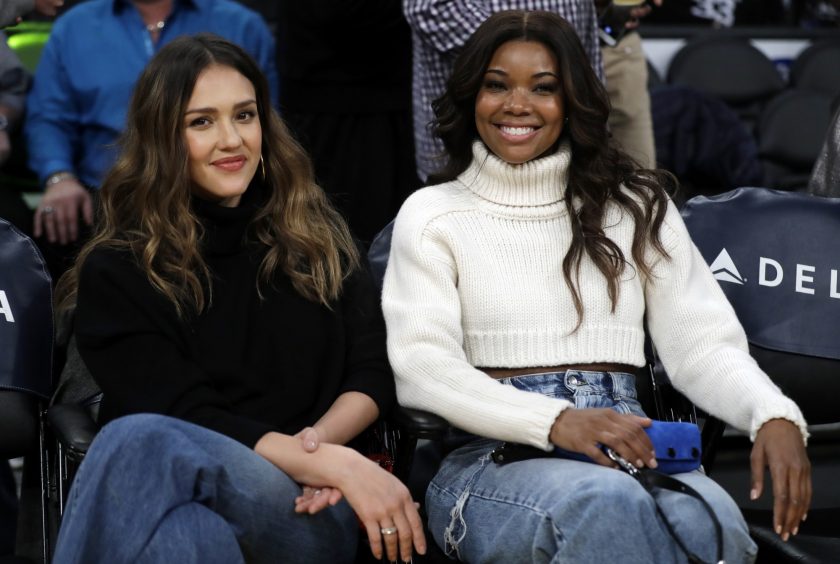 Ana de la Reguera (“Power,” upcoming movie “Army of the Dead”) saw the value of networking as part of “Latinas Who Lunch,” an informal group started by Eva Longoria. Actresses, as well as writers and directors, gathered to share their experiences and job and career building tips.

“We were actually encouraging each other to, say, shadow (observe) a director, ask to direct an episode, ask to be the executive producer,” de la Reguera said. The #MeToo movement consumed their attention, but she continues advising women one-on-one as they learn to navigate Hollywood’s intricate system, which she said is more challenging than the still-growing industry in her native Mexico.

What performers earn is difficult to verify, say researchers who track film and TV employment. Privacy concerns are one obvious reason, as are the complex deals that include compensation for acting and other work (as with HBO’s “Big Little Lies,” which Reese Witherspoon and Nicole Kidman starred in and produced). The actors guild, SAG-AFTRA, does not publish specific salaries.

But there is research adding weight to complaints of disparity. In the latest San Diego State University analysis of TV’s broadcast, cable and streaming programs, women had 40 percent of speaking roles while men had 60 percent in 2017-18, despite the genders being evenly split in the population. Further limiting opportunities for women of color: 67 percent of all female roles went to white actresses, according to the findings of the school’s Center for the Study of Women in Television & Film’s study . That exceeds the approximately 60 percent they represent among U.S. women.

Movies are proving more resistant to inclusiveness. In a study of the top 100 films of 2017, a third had an actress in a starring or a co-starring role, with just four of them an underrepresented ethnicity, according to research by the University of Southern California Annenberg Inclusion Initiative .

Fewer jobs mean fewer chances for an actress to build a resume and the fan base that leads to more and better roles. Yet box-office receipts and TV ratings show that audiences embrace projects with multiethnic casts, according to an annual Hollywood diversity report from the University of California, Los Angeles.

Asked if industry racism is at play, Union, who won a contract dispute with media giant Viacom-owned BET over her series “Being Mary Jane,” had a ready reply.

“Based on the numbers that I know that black women, Latinas, Asian women, indigenous actors are making, there is no other logical reason why we are paid what we are paid versus what our contemporaries are paid who are lacking melanin,” she said.

As for the perception of a field packed with multimillionaires, U.S. Bureau of Labor statistics show a contrary reality. In the most recent report, for 2018, the estimated median hourly wage for actors was $17.54, with $18.58 the hourly median for all U.S. occupations.

There are examples of well-rewarded actresses of color, notably “Modern Family” star Sofia Vergara, pegged by Forbes magazine in 2018 as TV’s top earner at $42 million, in part because she’s converted her celebrity into lucrative commercial endorsements. Kerry Washington, who as the star of “Scandal” worked for African American producer Shonda Rhimes, also made Forbes’ list of the 20 best-paid actors and actresses on TV.

In movies, big paydays are notably scarce for women of color: All of the world’s 10 top-earning film actresses on Forbes’ 2018 list were white. Two American men of color, Dwayne Johnson and Will Smith, made the actors’ list.

But white women have their own ground to make up: The 10 highest-paid actresses earned a combined $172 million compared to $488 million for the top-paid actors in 2016-17. In one glaring instance that became public, Michelle Williams received less than $1,000 vs Mark Wahlberg’s $1.5 million for reshoots on “All the Money in the World.”

Entertainment lawyer Shaw cautioned against reducing inequality to one element, although “clearly people of color have not historically made as much as their counterparts” and are considered more “replaceable.”

“I think it has been a question of, ‘Are we going to pay the highest salary to a very select few people?’” she said, adding that the reality is lead characters are overwhelmingly white and male.

Octavia Spencer, who won an Oscar in 2012 for “The Help” and earned consecutive nominations in 2017 and 2018 for “The Shape of Water” and “Hidden Figures,” nevertheless faced subpar compensation. Then she found a booster — Jessica Chastain, her co-star on “The Help” and producer of a movie comedy planned to star both actresses.

Spencer opened Chastain’s eyes to pay inequity for women of color, the African American actress said during a Sundance Film Festival panel last year. Chastain vowed to make things right on her film and the result, according to Spencer, was an increase of five times in what she’d expected.

Jada Pinkett Smith was heartened by Chastain’s actions (“such a beautiful thing”) and hopes it’s an example of more to come.

“We’ll even come along at a more rapid pace when we as women really start to empower each other in a much more substantial way,” she said. “We need our male allies, too, but more than anything we have to start concentrating on our relationships with other women.”

Union is proving what that can yield. She wanted an established actress playing opposite her in “L.A.’s Finest,” which spins off Union’s character from “Bad Boys II,” and settled on Jessica Alba (“Sin City,” ″Dark Angel”). As executive producer of the Spectrum TV series , Union was positioned to make that happen.

“Because of the way my deal is set up, I had no problem giving back money to make sure Jessica Alba gets paid what Jessica Alba is worth,” Union said. “But you have to have the studio, the network, everyone to sign off on that.”

Women can’t do all the heavy lifting in an industry in which the majority of decision-makers are men, said Kate del Castillo (“Weeds,” ″La Reina del Sur”): “We need more men who are feminists.”

When she’s been able to negotiate a better deal, who could she thank?

“A woman, of course. A woman producer, a woman manager, a woman agent. It’s always women who helped me to do better,” del Castillo said. “I want to empower women because I have been empowered by women.”

Some influential men have joined the fight, producer-writer-actor Tyler Perry among them. Taraji P. Henson has said she was paid approximately $150,000 for her Oscar-nominated role in 2008′s “The Curious Case of Benjamin Button.” She credits Perry for paying her what she was worth for her starring role in 2009′s “I Can Do Bad All By Myself,” and helping her get bigger paychecks from then on.

Asserting one’s economic value can be complicated when the sensitive subject of ethnicity is involved, even for celebrated actress Viola Davis, an Oscar, Emmy and Tony winner. In a 2018 interview with Tina Brown, Davis said that while people have termed her “a black Meryl Streep” she isn’t paid what she’s worth. 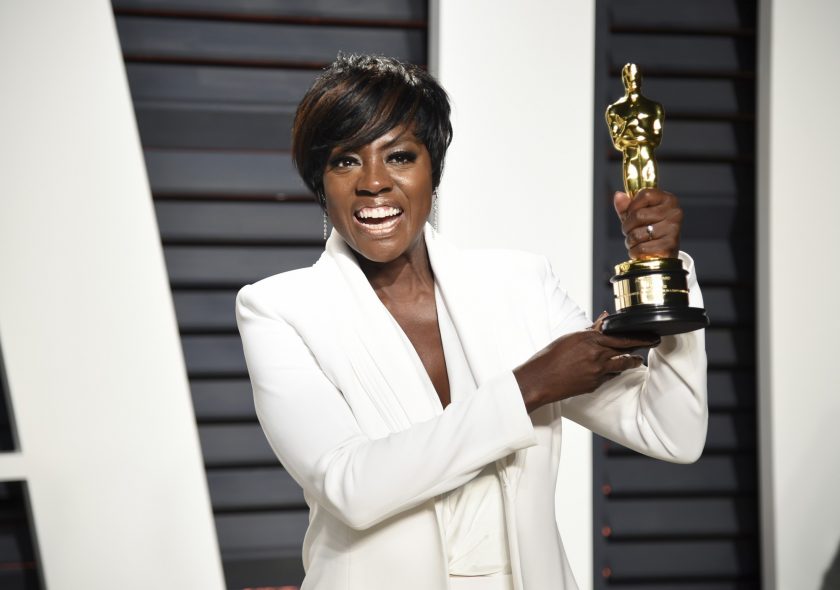 Davis later felt compelled to offer a public apology, telling The Associated Press she doesn’t compare herself to Streep, others do, and that she was taking responsibility for making the most of her potential with her own productions.

“Jane the Virgin” star Gina Rodriguez ran into a buzz saw of criticism after gingerly addressing the topic during a public discussion last year, saying it was “petrifying” to do so. Rodriguez compared the earnings of women by ethnicity, putting blacks at the top and Latinas at the bottom — comments that detractors alleged were anti-black and pitted women of color against each other.

Responding in a radio interview, Rodriguez said she wasn’t referring specifically to her industry but to female workers in general, and that such discussions were needed “because we all must rise.”

While African American actresses fight for pay that matches the stardom and critical acclaim they’ve achieved after decades of struggle, the scant number of leading roles for actresses of Asian and Latino descent is a different burden.

Even with the box-office hit “Crazy Rich Asians,” the sitcom “Fresh Off the Boat” and Sandra Oh’s success in “Killing Eve,” actors with Asian roots struggle to get lead roles and commensurate pay, said Nancy Wang Yuen, a Biola University professor and author of “Reel Inequality: Hollywood Actors and Racism.”

“There isn’t a kind of a consistent platform advocating for Asians in Hollywood, and that’s part of the problem,” she said.

The departures of “Hawaii Five-0” regulars Daniel Dae Kim and Grace Park made headlines in 2017 after it was reported the two left because they didn’t have pay equity compared to their white counterparts. Kim and Park declined to go into detail about their contract negotiations, but the showrunner maintained that they had been given generous contracts and had declined them. 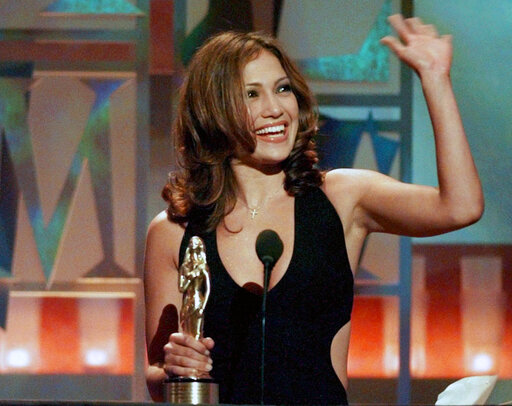 Jennifer Lopez made a huge leap for Latinas with 1997′s “Selena,” becoming the first Hispanic actress to earn $1 million. The importance of that payday has grown in retrospect, said Lopez, who recalled that she felt undeserving and even ashamed of her success at the time.

“But now I realize that it was important because our community needed that boost to say, ’Yes, we are just as much value as any other actor (in) a leading role in Hollywood, in a big film,” Lopez said.

“Everybody knows there is racism, there is sexism …. it all exists. It’s just about us getting to the point of you realizing what you’re worth and who you are,” she said.

Awkwafina, the young breakout star of “Crazy Rich Asians” and “The Farewell,” finds herself in a similar position but forced to navigate among established actresses fed up with the status quo and past ready to make waves.

“Maybe I should inform myself how getting paid works but, at this point, I’m a newcomer. … And I don’t know what I should be getting,” she said. “But I think if I continue to deliver products that are doing well and that are well-received, I should be compensated fairly, right?”

AP writers Sian Watson in London and Nicole Evatt in Bangkok and AP researcher Rhonda Shafner in New York contributed to this report.