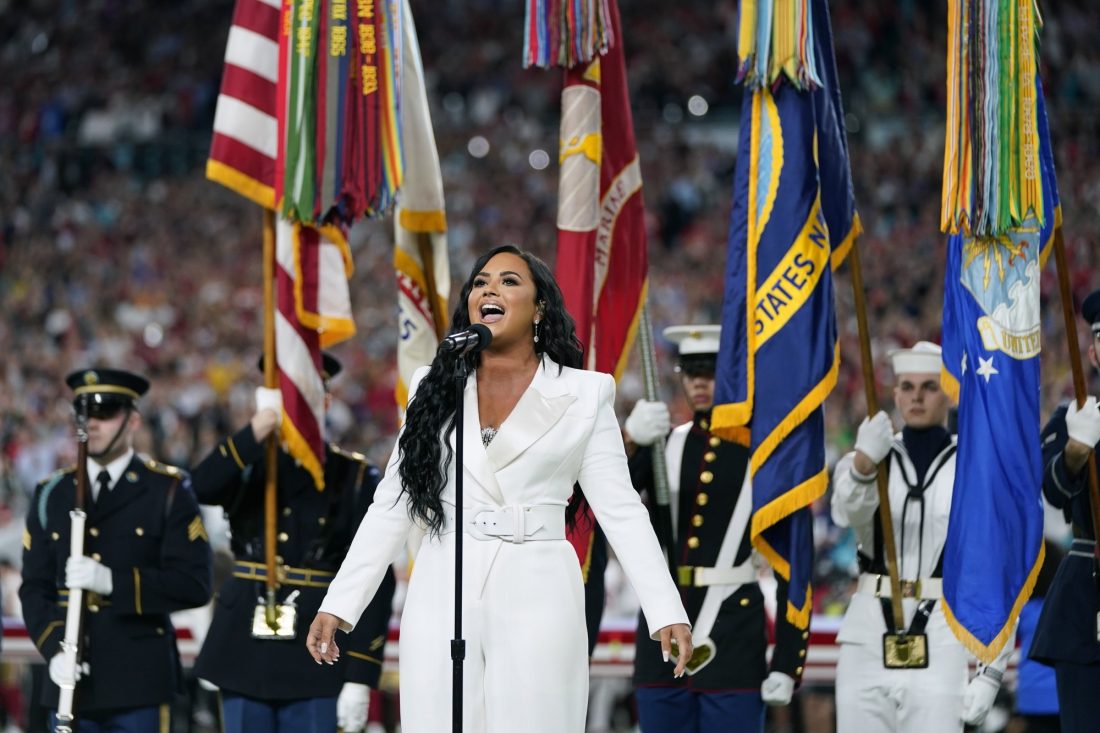 The Carters quickly became a trending topic across social media. Jay-Z addressed the situation and clarified what happened during an interview at the first Shawn “Jay-Z” Carter Lecture Series at Columbia University.

The HuffPost reveals that, “According to the hip-hop mogul, sitting during the anthem wasn’t supposed to convey a political message.”

Jay-Z said, “It was not premeditated at all” and that he was in artist mode due to his company, Roc Nation, co-producing the halftime show as part of its NFL partnership. He goes on to say, he was praising Lovato with his wife, Beyonce, as Lovato took the stage.

You can check out the complete interview here.