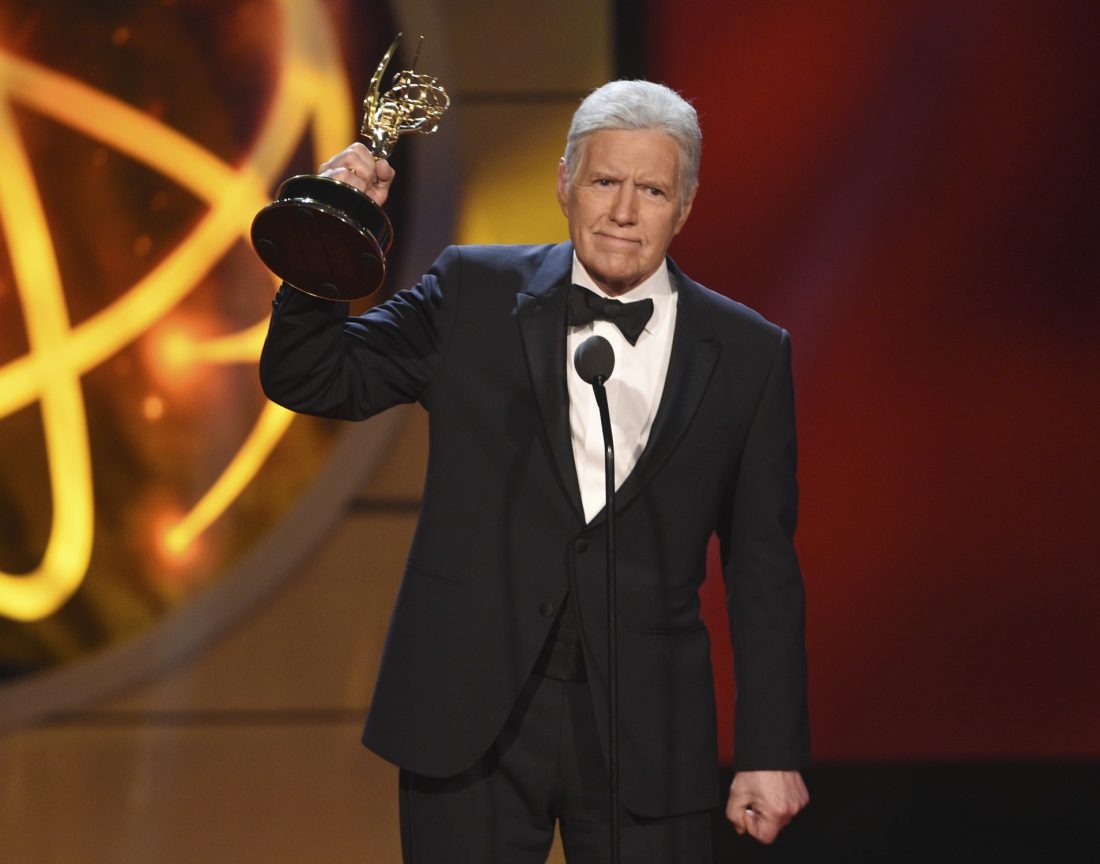 LOS ANGELES (AP) — Alex Trebek got a standing ovation as he accepted an Emmy Award as host of “Jeopardy!” — and immediately set the audience at ease, even as he alluded to his cancer diagnosis.

Trebek, 78, who announced in March he has advanced pancreatic cancer, told the theater audience Sunday he had been worried that sympathy, rather than merit, might snare him the trophy for best game show host.

But then he mulled what happened last year, after he underwent surgery to remove life-threatening blood clots on his brain.

“You think that would have elicited a certain amount of sympathy. But I didn’t win!” he said, drawing roars from the crowd that moments before rose to applaud him. Instead, he said, he realized that maybe he’d been worrying about the wrong thing and instead should emulate Oscar-winning actress Sally Field. 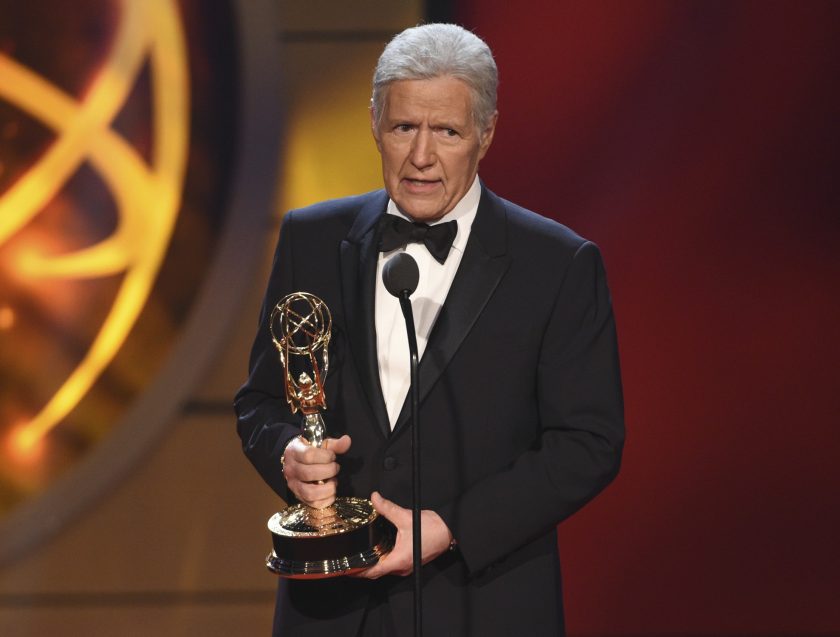 “You guys like me, and you value my work. I tell you if that’s the case, I can live with that,” Trebek said. His voice was thick with emotion, but he was poised and dapper in his tuxedo.

At the 1985 Academy Awards, Field famously declared, ”’I can’t deny the fact that you like me, right now, you like me,” as she accepted the best actress trophy for “Places in the Heart.”

“General Hospital” was among the big winners, with a leading five trophies that included best lead actor honors for Maurice Benard. But “The Young and the Restless” won the top drama series award, as well as writing and directing honors.

The top drama acting honor went to Jacqueline MacInnes Wood of “The Bold and the Beautiful.”

“The Ellen DeGeneres Show” won the Emmy for best entertainment talk show, with “Six Dreams” named the best Spanish-language show in the category.

Trebek, who now has seven Daytime Emmys, including one for lifetime achievement, wasn’t the only TV veteran to be honored at the 46th ceremony.

While Trebek’s award came during a health challenge for him, it has been a year of highlights for the long-running quiz show he has hosted since 1984.

The show aired its first all-star team championship, and it is in the midst of a dazzling performance by contestant James Holzhauer, who has racked up more than $1.6 million in winnings.