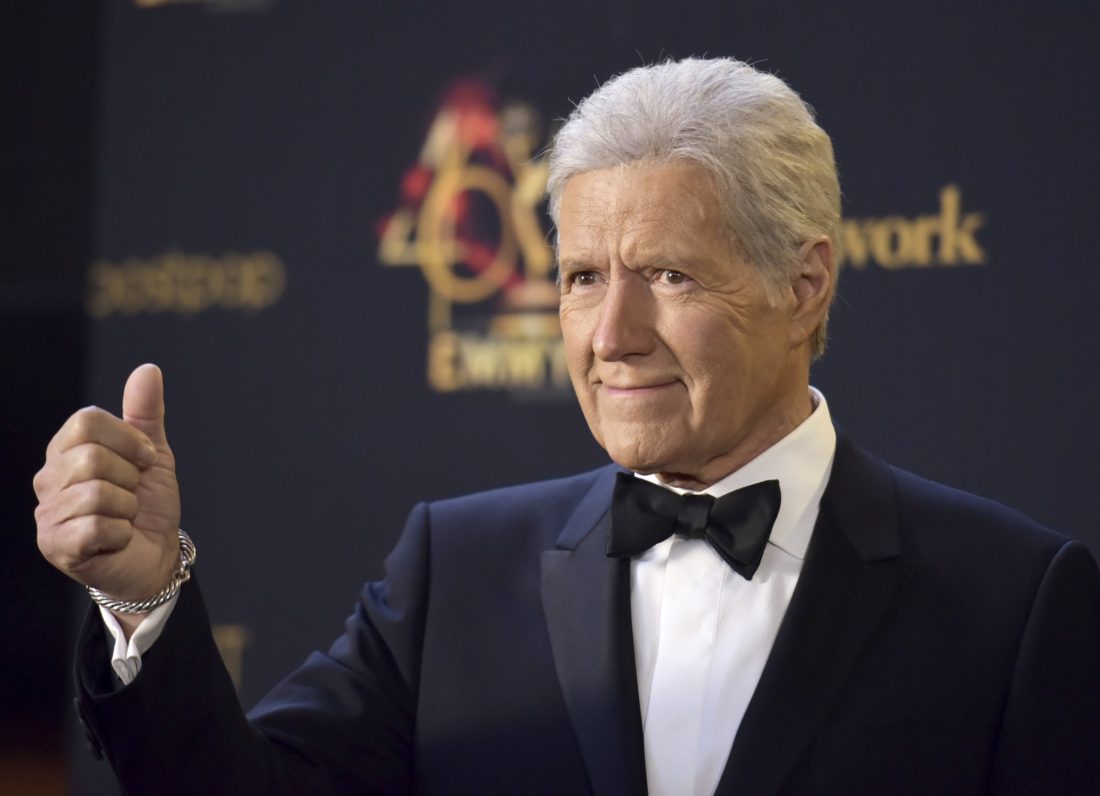 LOS ANGELES (AP) — Alex Trebek has a message of support for Congressman John Lewis as both fight pancreatic cancer.

“We’re starting a new year, and let’s see if we can’t both complete the year as pancreatic cancer survivors,” Trebek said when asked what he would tell Lewis. He noted they’re the same age, 79.

The Georgia Democrat and veteran civil rights leader announced his diagnosis of advanced cancer in late December. In his his announcement, Lewis made clear that he has no plans to step aside and said, “I have a fighting chance.″

Trebek made his illness public last March and has shared his progress and setbacks.

The “Jeopardy!” host struck a resolute but realistic tone in discussing the disease, including the toll it took during last month’s taping of a prime-time special, “Jeopardy! The Greatest of All Time,” with top contestants Ken Jennings, Brad Rutter and James Holzhauer, The contest begins airing Tuesday on ABC.

Trebek recalled mentioning to a series producer that he was “struggling a bit” on stage, but was assured that nobody noticed.

Trebek has had good days and bad while undergoing treatment, but his on-camera performance doesn’t falter, said Jennings, who first competed on the show 15 years ago.

“The chemo is rough, but he can always just turn it on,” Jennings said. “The music came on, the lights came on, he would just stride out there and nail that show like nobody else. It was exciting to see him doing so well and taking that diagnosis so bravely. To me, he’s the last of that kind of old-school broadcasters, and it’s such a pleasure to watch.”

Rutter, who first played on “Jeopardy!” nearly 20 years ago, said word of Trebek’s illness hit him “like a ton of bricks.”

He occasionally drops into the Los Angeles-area studio to watch tapings and marvels at the host’s perseverance.

“Every time I go back, he’s better than he was last time. Even with cancer, he’s still held up to that standard, which is just absolutely amazing,” Rutter said.

Such praise and attention can make Trebek uncomfortable.

“I don’t want to get too mushy. I got mushy when young Dhruv (contestant Dhruv Gaur) wrote his final ‘Jeopardy!’ response, ’We love you Alex! ’That caught me by surprise, brought me to the edge of tears,” he said of the moment that aired during November’s Tournament of Champions.