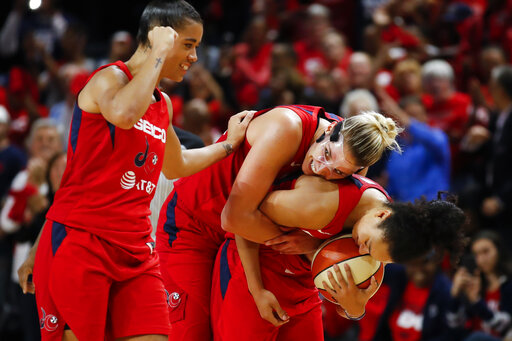 DC has a new sports champion.  The Washington Mystics are WNBA champions after beating the Connecticut Sun 89-78 in Game Five of the finals last night. The championship is the first in franchise history.  The Mystics were lead by Emma Meesseman with 22 points and league MVP Elena Della Donne followed with 21 points.  The team held a celebration for fans today at the Entertainment and Sports Arena in Southeast DC.  The Mystics hope to hold a parade in the spring of 2020.