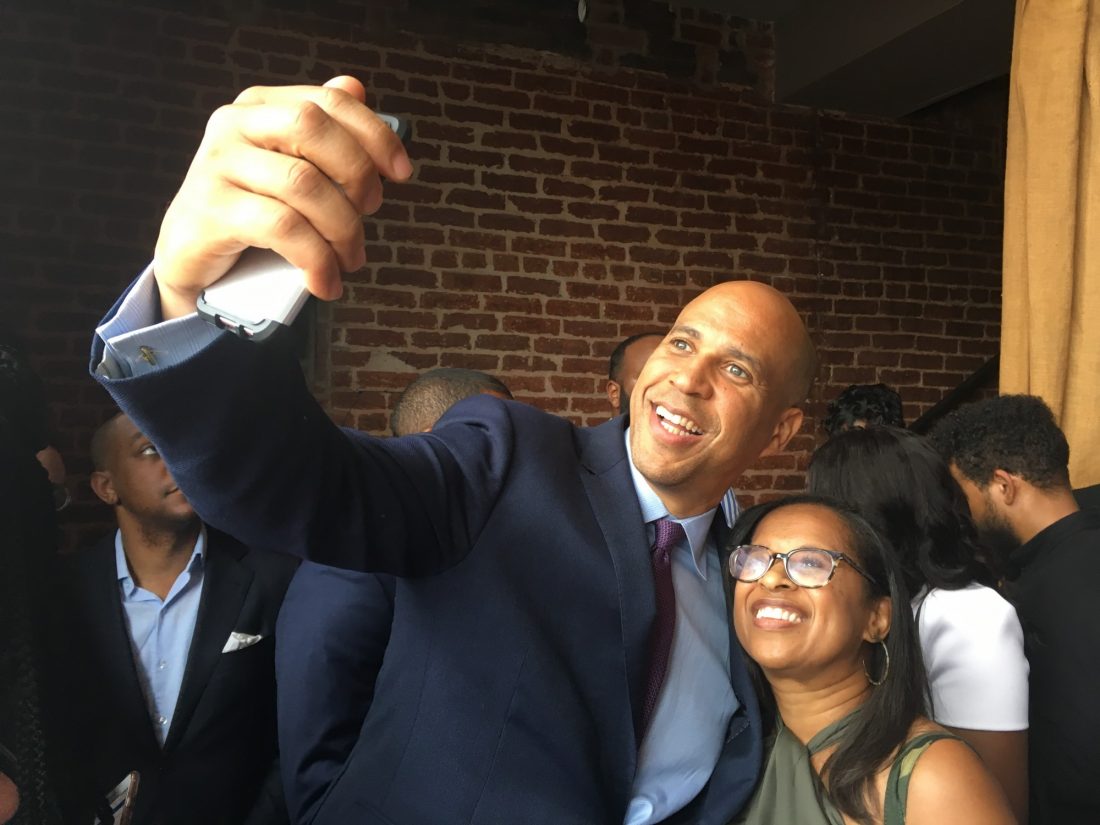 During Congressional Black Caucus week, hundreds of people were pretty excited to meet Senator Cory Booker on this past weekend.  The Presidential Candidate and the New Jersey State Committee hosted a brunch at Smith Commons Restaurant in the District.  Many supporters anticipated his message as he spoke about the importance of voting and his quest to make a change in our country.  He also spoke about his love for Historically Black Colleges and Universities and what makes him different from other candidates.