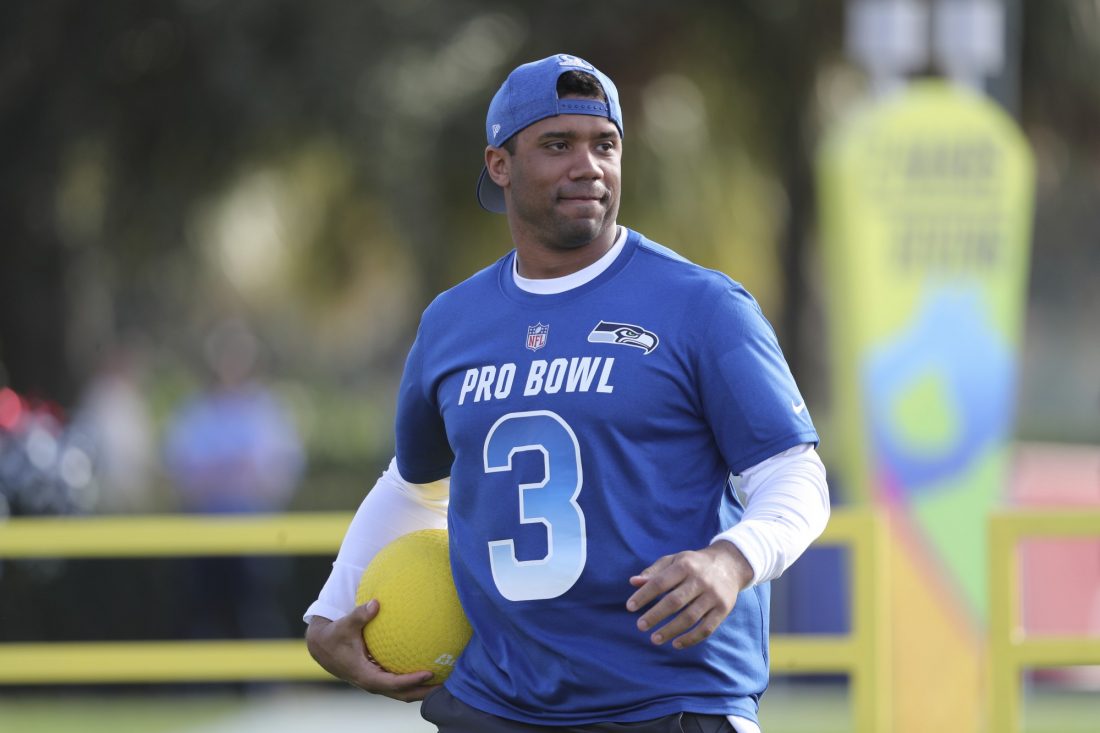 Seattle Seahawks QB Russell Wilson is spreading the love after signing a deal making him the highest-paid player in the NFL. Wilson gifted his Seahawks offensive line with $12,000 in Amazon stock each. That’s a grand total of $156,000 for 13 offensive linemen.

According to TMZ, each player got a letter with the stock with an explanation on why they are receiving the gift. Russell’s mission was to show his gratitude and help his teammates for life after football.

RELATED: Seahawks QB Wilson Sticking Around: ‘Seattle, We Got A Deal’

“When I sat down to think of ways to honor your dedication a dozen different ideas came to mind. Some were flashy, some were cool, but I wanted to give you something that had a lasting impact. Something that would affect the lives of you, your family, and your children,” said Wilson.”You have invested in my life … this is my investment into yours.”

My joy. My life. My everything. I thank God everyday for you 3! Love you all! @Ciara #SigningDay @Seahawks

Last week Wilson agreed to a $140 million, 4 year contract with the Seahawks. This deal includes a $65 million signing bonus and $107 million in guaranteed money.

The Seahawks seasons is set to start on September 8, 2019.